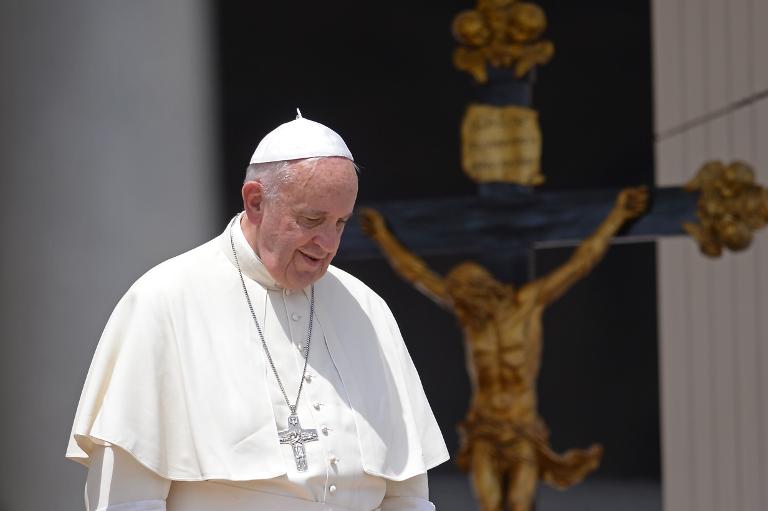 The Vatican on Monday announced the resignation of two senior US clerics accused of failing to protect minors from a paedophile priest and set a date for an unprecedented trial of a former archbishop for paying boys for sex.

The twin announcements follow last week’s unveiling of plans to create an internal Church tribunal empowered to punish bishops who cover up abuse by priests.

The two US bishops’ resignations follow the 2012 jailing of Minnesota priest Curtis Wehmeyer for the sexual abuse of two minors and possession of child pornography.

Wehmeyer’s conviction led to the archdiocese of Saint Paul and Minneapolis being charged on June 5 with six counts of failing to protect minors after prosecutors unveiled evidence that Church officials failed to act on repeated warnings that the priest was a danger to children.

No individuals have been charged but the two senior clerics who have stepped down, Archbishop John Clayton Nienstedt and Auxiliary Bishop Lee Anthony Piche, were both named in the complaint as having failed to heed the warnings.

Frank Meuers, the Southern Minnesota leader of SNAP, a network of victims of clerical abuse, said Nienstedt’s resignation was “a tiny but belated step forward.”

The Vatican also announced Monday a start date of July 11 for the trial of Jozef Wesolowski, a former papal ambassador to the Dominican Republic, in the first case of its kind to be brought before a Vatican court.

Wesolowski, a Polish former archbishop, was secretly recalled from his Caribbean posting in 2012 after the Church hierarchy was informed that he was regularly paying boys for sexual services.

He was defrocked by a church court in June 2014 but remained at liberty until September 2014, when he was placed under house arrest under an order which the Vatican described as coming directly from Francis.

Possession of child pornography has been a crime under the Vatican city state’s penal code since 2013 following a change also initiated by the Argentinian Pope.

In a statement, the Vatican said its prosecutor had worked in collaboration with authorities in the Dominican Republic, who failed in their attempts to have Wesolowski extradited to face trial there.

Dominican authorities have said they have identified at least four alleged victims of the papal envoy.

Pope Francis’s supporters say the flurry of announcements related to sex abuse cases reflect his determination to address an issue that has severely tarnished the image of the Church in recent decades by creating new transparent procedures to hold abusers to account.

Critics say the initiatives undertaken since Francis was elected in 2013 do not go far enough in ensuring priests who commit sex crimes against children are dealt with under criminal law.

SNAP’s Barbara Dorris said she suspected the latest initiatives were part of a PR campaign ahead of Francis’s September visit to the United States.

“One or two or three small steps doesn’t erase decades of complicity,” she said.

Under the reform announced last week, bishops who fail to respond appropriately to allegations against priests in their dioceses will face judgement by a Church tribunal.

The move was welcomed by some survivors’ groups as a significant step forward but others said it would not lead to change as clerics would remain in charge of dealing with other clerics.