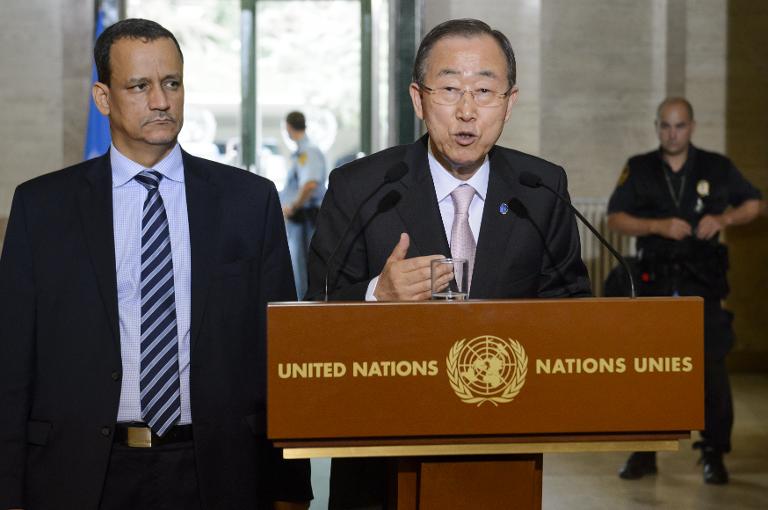 UN chief Ban Ki-moon on Monday called for an immediate two-week humanitarian pause in Yemen to mark Ramadan as talks got under way in Geneva to try and resolve the bloody conflict.

“I hope this week starts the beginning of the end of the fighting,” Ban said.

“Ramadan begins in two days,” he said, stressing that the holy Muslim month should be a period for “harmony, peace and reconciliation”.

“I have emphasised the importance of another humanitarian pause for two weeks,” Ban said.

Ban dismissed fears that the talks would be torpedoed by the non-arrival of an Iran-backed rebel delegation in time for the talks. The team’s plane was delayed in Djibouti, according to UN and diplomatic sources.

He said the delay was due to logistical reasons and added: “I am pleased to know that the other parties are on their way” and were expected to arrive later Monday.

Underscoring the need for immediate action in Yemen, he said: “The ticking clock is not a time piece, it is a time bomb.”

He also called on all parties to reach agreement on a “comprehensive and lasting” ceasefire.