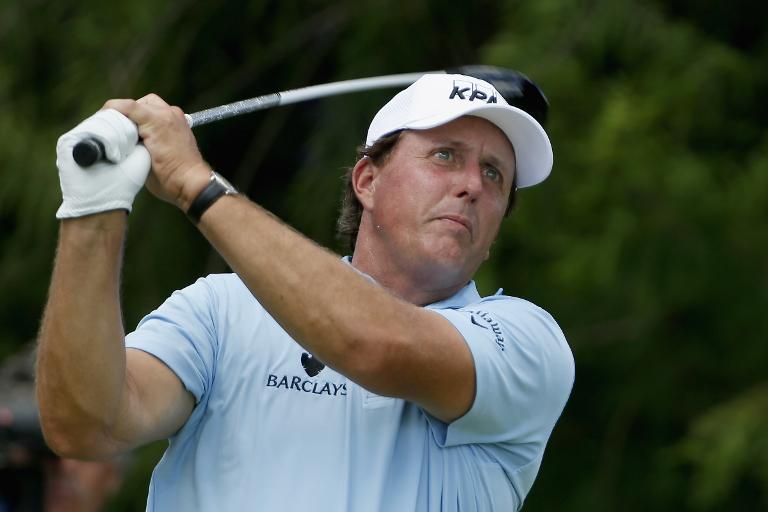 Phil Mickelson says there is nothing like the prospect of a career Grand Slam to motivate yourself for a US Open.

Mickelson missed his first crack at a career Grand Slam last year, and he heads to the 115th US Open at Chambers Bay ready to shake off the rust of what has been a roller-coaster season so far.

“I have been thinking about it [US Open] quite a bit and trying to get ready the last few months,” said the 44-year-old Mickelson, who has a record six runner-up finishes in the US Open.

If Mickelson wins at Chambers Bay, he would join Gene Sarazen, Ben Hogan, Gary Player, Jack Nicklaus, and Tiger Woods as the only career Grand Slam winners in history.

In 2013, Mickelson, of the US, closed with a 66 to win the British Open at Muirfield. That set the stage for his first try for a career Grand Slam, but he fell short, finishing in a tie for 28th at 2014 US Open at Pinehurst, North Carolina.

Mickelson, who finished runner-up at Augusta in April, said as soon as the Masters ended he started thinking, “the upcoming major is the US Open. I’ve got a couple months to really think about it and prepare.”

That time has come, and if ‘Lefty’ is indeed victorious next week he would also be the oldest to achieve a career Grand Slam.

But first things first, and Mickelson has to get his game straightened out.

He has had an up and down season, and is still chasing his first win after playing in 11 tournaments. He has just two top ten finishes, including a tie for second at The Masters.

But he has also missed the cut three times and closed with a 78 and 75 at The Memorial to finish tied for 65th.

While it wasn’t as bad as Woods’ 85 at The Memorial, it does speak to the state of Mickelson’s game right now which has been marked by inconsistencies.

“I thought I was ready to play well and compete. I usually don’t play well after taking a few weeks off. That first week I’m a little rusty.

“I didn’t play well at the Memorial, obviously, but I feel like it’s not far away.

“The best way to prepare is to play well and get in contention and competition when you’re really trying to focus.”

Mickelson put himself in a position to achieve the Grand Slam by winning the British Open. So he’s hoping to get some of that links magic back on home soil at the new and untested Chambers Bay course, located in the scenic Puget Sound area, 50 kilometres (31 miles) southwest of Seattle, Washington.

He says you have to play it a few times to appreciate it.

“The first time you play it, you don’t know where the ball is going to go. You hit one place and it ends up over here.

“Then you realize where you’re supposed to try to hit it and how to get to certain pins. And then all of a sudden, it makes sense.

“It’s a fun course to play and you have a variety of shots that you get to play.