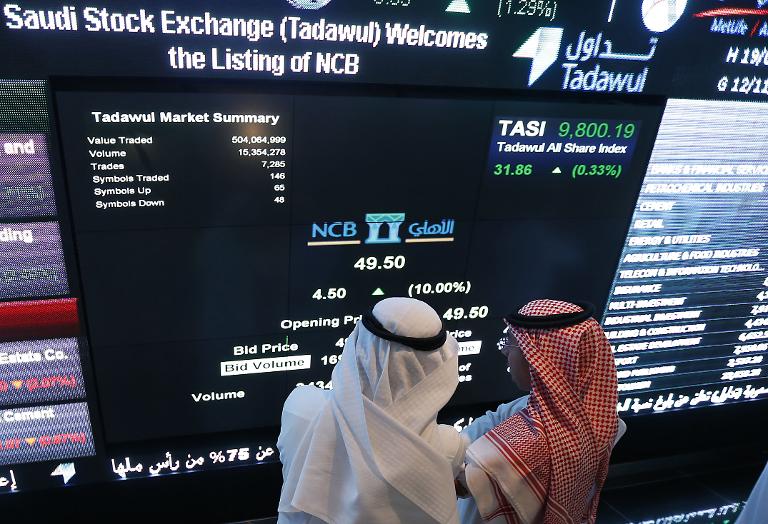 But analysts did not expect a sudden rush of funds after the Tadawul All-Shares Index, the Arab world’s largest exchange, begins trading under the new rules at 0800 GMT.

In a notice issued Sunday, the exchange confirmed that “as of Monday… Qualified Foreign Investors can commence dealing in listed shares.”

Foreign banks, brokerage houses, fund managers and insurance companies based outside the Gulf can now invest directly provided they meet the requirements.

At the same time, the measures “could be seen as the first step in a broader liberalisation” of the economy in a country traditionally cautious about foreign political and economic influence, the firm said.

To be registered as a Qualified Foreign Investor (QFI) an overseas institution must have a five-year track record, with at least 18.75 billion riyals ($5 billion, 4.5 billion euros) under management.

Each QFI can hold no more than five percent of a stock, and QFIs and their clients together are limited to 20 percent of any one listed company.

Analysts estimate foreign investment in the market, whose capitalisation is more than $500 billion, could eventually reach $40-$50 billion but say the new rules are not about boosting investment.

“We don’t need that in the Saudi market,” said Mazen al-Sudairi, head of research at Alistithmar Capital.

He said the kingdom, which is part of the G20 group of the world’s largest economies, already has good liquidity and high foreign exchange reserves.

Sudairi and other analysts believe the main payoff from attracting foreign investors will be improved transparency, accountability, and availability of macroeconomic data, alongside reduced market volatility.

A fifth of the market consists of petrochemical firms, whose earnings are tied to oil prices that have plunged 40 percent from a year ago, Capital Economics said.