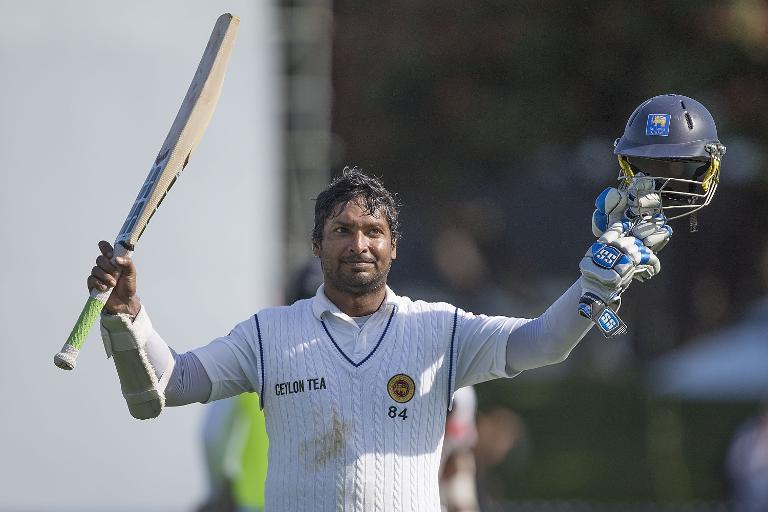 The 37-year-old has not responded to media speculation that he will play three more home Tests — two of the three matches against Pakistan and one against India in August — before ending his 15-year-career.

The left-hander is head and shoulders above other current Test batsmen. His 12,203 runs and 38 centuries far exceed second-placed Alastair Cook of England, who has 9,000 runs and 27 hundreds.

Sangakkara is unlikely to catch up with record-holder Sachin Tendulkar’s Test tally of 15,921 runs and 51 hundreds, but his 11 scores of 200-plus are just one short of Australian legend Don Bradman’s record of 12.

In Sri Lanka’s most recent Test, against New Zealand in Wellington in January, Sangakkara hammered 203 runs to continue a prolific streak that saw him make 221 against Pakistan and 319 against Bangladesh last year.

The batsman, who has already quit one-day and Twenty20 cricket, will meet Sri Lanka Cricket officials this week to decide how many more Tests he will play in the home season.

Pakistan and Sri Lanka have already played six series in as many years, the last of which also took place on the island a year ago. The hosts won both Tests, leaving Pakistan without a win in Sri Lanka since 2006.

Pakistani captain Misbah-ul Haq, who turned 41 last month, hopes to rectify that record and build on a commendable 2-0 win over Australia in the United Arab Emirates last year, followed by a 1-0 triumph in Bangladesh this May.

“It is always interesting to play Sri Lanka because both sides know each other’s game well,” said Misbah. “Pakistan have done well in Tests recently and that has given us a lot of confidence.”

Sri Lanka’s coach Marvan Atapattu said Pakistan will miss spin spearhead Saeed Ajmal, who was not selected after struggling with a remodelled bowling action on the Bangladesh tour last month.

“Ajmal at his peak gave a lot of batsmen sleepless nights,” Atapattu told the Colombo-based Nation newspaper. “Now that he is not there (that) gives us a psychological advantage.

“I believe Pakistan have got bowlers who could win games, but they have not done it yet. But we’ve still got to respect the good ball and put away the bad ones.”

The opening match at the Galle International Stadium will be followed by the second Test at the P. Sara Oval in Colombo from June 25 and the third in Pallekele from July 3.

The Tests will be followed by five one-day internationals and two Twenty20 matches.