Home Sports Rooney sees off Slovenia to close on record 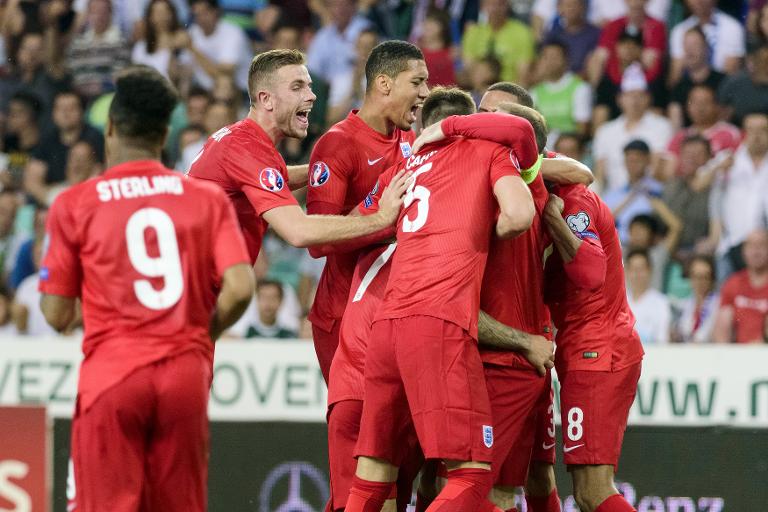 Wayne Rooney moved to within one goal of England’s all-time scoring record with an 86th-minute winner as his side edged Slovenia 3-2 in a topsy-turvy Euro 2016 qualifier on Sunday.

Milivoje Novakovic gave Slovenia the lead against the run of play in the 37th minute at the Stozice Stadium, before Jack Wilshere broke his international duck with a pair of brilliant, almost identical second-half goals to put England ahead.

Slovenia substitute Nejc Pecnik appeared to have rescued a point with an 84th-minute equaliser, but moments later Rooney atoned for two glaring earlier misses by scoring his 48th England goal, taking him level with Gary Lineker and leaving him one goal behind Bobby Charlton.

“It’s great to score the winner, but it was a great team performance,” Rooney told ITV.

“We came out on the front foot for the second half and Jack Wilshere scored two great goals.”

Rooney’s strike gave England a sixth win in six qualifying games, keeping them six points clear at the Group E summit from Switzerland, who came from behind to win 2-1 in Lithuania.

England finished a season unbeaten for the first time in 24 years, and the display also allowed Roy Hodgson’s men to answer some of their critics after they were lambasted for an anaemic goalless draw against the Republic of Ireland in their previous outing.

“It’s a good achievement. Having a complete season (unbeaten), with eight wins and two draws, has not been done for well over 20 years,” Hodgson said.

“I think the players deserve a great deal of credit for that. Now we just need to keep building on it.”

Hodgson made three changes to the team that had started in Dublin, with Kieran Gibbs, Fabian Delph and Andros Townsend coming in, but it was a player whose place was thought to have been under threat, Raheem Sterling, who provided the hosts’ spark.

Twice Rooney freed Sterling to run at goal in the early stages, but after side-footing his first attempt over the bar, he then saw a low shot deflected behind.

– Wilshere at the double –

The 20-year-old also sent a cross skidding across the face of goal, while Rooney drew a finger-tip save from Samir Handanovic with a left-foot shot.

There was crispness to England’s passing and purpose to their attacking forays, but eight minutes before half-time a succession of mistakes allowed the home side to land a sucker-punch.

Phil Jones’s loose throw-in gifted possession to Slovenia and when Josip Ilicic played the ball behind the England defence, Gary Cahill misjudged his attempt to play offside and Novakovic ran through to score his 30th international goal.

Hodgson made a change at half-time, sending on Adam Lallana for Jones and asking Jordan Henderson to fill in at right-back, and although it seemed a puzzling switch, his side drew level in the 57th minute.

Sterling’s pacy pass into the box was neatly gathered by Lallana and while the former Southampton captain could not get a shot away, the loose ball was crashed into the net by Wilshere from just outside the box.

Rooney then squandered two gilt-edged chances to put England in front, with Sterling the creator on both occasions, first leaning back and shooting over with his right foot and then spooning over with his left.

But Wilshere spared the Manchester United striker’s blushes in the 73rd with a goal that will live long in the memory.

After a high-speed one-two with Townsend, Henderson stroked the ball infield to Lallana, who deftly back-heeled it into Wilshere’s path, and the Arsenal man took one touch before slamming a glorious shot into the top-left corner.

Pecnik looked to have spoilt England’s end-of-season send-off when he rose to head home a left-wing cross from Bojan Jokic, but within seconds, Jokic’s sliding challenge on Theo Walcott sent the ball into Rooney’s path and the captain rolled home the winner.

“I’m mostly sorry we came within five minutes of winning before conceding in such a naive way.”