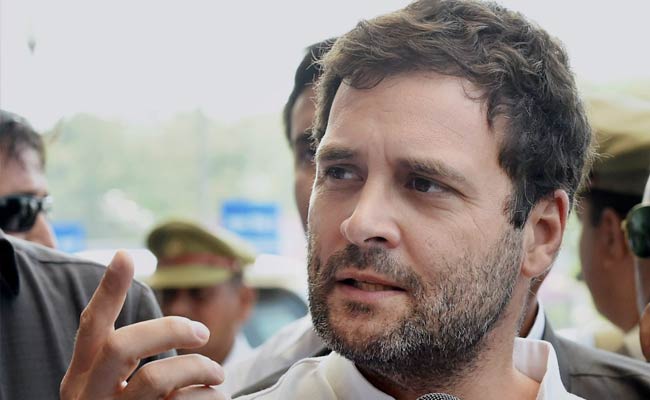 Raipur:Â Â Congress Vice President Rahul Gandhi on Monday will embark on a two-day visit of Chhattisgarh during which he will meet villagers affected by coal mining, power projects and wild elephants menace.

Gandhi will arrive at Bilaspur district headquarters in a special plane at around 8.30 AM and directly leave for Madanpur in Korba district where he will meet farmers and forest dwellers affected by coal mining, Congress state unit’s general secretary Shailesh Nitin Trivedi said.

Gandhi will hold discussions with the villagers there.

Later, he will go to Kudmura where he will meet villagers bearing the brunt of wild elephants’ menace, Trivedi said.

On Tuesday morning, Gandhi will take out a foot march along with farmers, party leaders and workers from Saradih village to Dabhra in Janjgir-Champa district covering a distance of around 10 kilometres, Trivedi said.

The state government has been constructing seven barrages on Mahanadi river there, including the barrages at Saradih, Biraoni, Kalma and Basantpur villages, to supply water to over 40 power plants proposed to come up in the predominantly agricultural district, he said.

As many as 10 villages are falling in the submergence area of these barrages, but so far local administration has neither informed villagers about it nor taken any step for their settlement, he alleged.

On Tuesday afternoon, the Congress Vice President will address a public meeting in Dabhra before concluding his tour, he added.