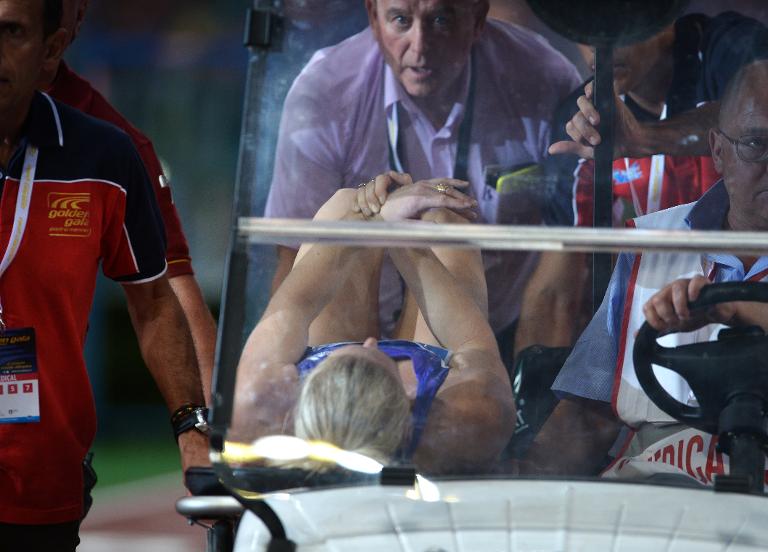 Pearson injured her left wrist when she tumbled during a Diamond League race in Rome earlier this month and the 28-year-old will have more surgery on Tuesday.

Doctors described the injury as a severe “bone explosion” and have put no timeframe on her recovery.

“It’s very disappointing for me, but I guess I haven’t had a break since 2003,” Pearson told reporters.

“I think this will be a very good mental and physical break for me leading into the Rio Olympics next year.”

Pearson said her fall was caused by a minor tear in a calf muscle with scans to determine the full extent of that damage.

Athletics Australia head coach Craig Hilliard said it was a blow to lose a star athlete from the world titles.

“Sally’s our team captain and she gives great leadership and gets on really well with all the athletes,” he said.

“It will be a big loss but the critical thing is that she needs time mentally and physically to get over this.”

Pearson has already had a plate inserted into her wrist but surgeons said they will revise the procedure she underwent in Rome during the next round of surgery this week.

“Doing all of that in one, in a different country, was very traumatic for me.”