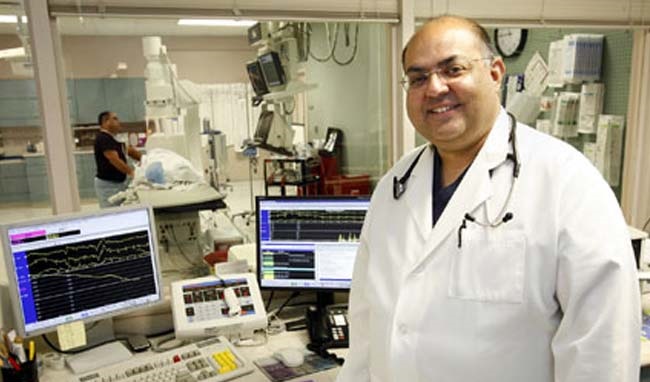 Dr Gadasalli, 53, was shot dead by 60-year-old patient and business associate Ayyasamy Thangam at the ‘Healthy Heart Centre’ on Thursday, according to a release issued by the Odessa Police Department.

Thangam then closed the door of the room the two men were in and witnesses heard another, single gunshot, it added.

According to Corporal Steve LeSueur, the two men were close friends and business associates.

Dr Gadasalli’s brother-in-law said that the two families knew each other for a decade, and that the last rites will be held in Odessa likely on Wednesday.

The incident shocked the city, popular for Laura and George Bush’s home city of 2.5 lakh people.

LeSueur on Friday declined to release a possible motive for the killings and the police had no information on why Thangam was being treated.

Dr Gadasalli hailed from Bangalore and was educated at the Jawaharlal Nehru Medical College in Belgaum, Karnataka, before studying at the Internal Medicine and Cardiology at the University of Wisconsin Medical School and the Sinai Samaritan Centre in Milwaukee.

He was recruited by Medical Centre Hospital in Odessa, Texas in 1994.

The Healthy Heart Centre profile mentions that Dr Gadasalli was recognised as a leading physician of the world by the International Association of Cardiologists.

Gadasalli was previously investigated in a federal court case on a currency structuring charge. The FBI began their investigation into the Healthy Heart Center in June of 2012.

He was accused of violating federal law in structuring transactions to avoid reporting requirements, according to previous reports.

According to court records, Gadasalli’s case was closed on January 22, 2014.