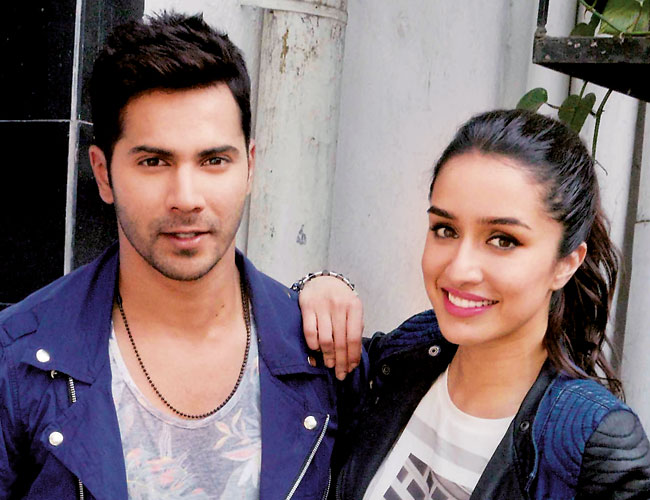 Bollywood actor Varun Dhawan, who is growing in the industry quite nicely and has shared screen space with many refined new actresses like Nargis Fakhri, Alia Bhatt, Ileana D’Cruz, Yami Gautam and Shraddha Kapoor, said his chemistry with â€˜ABCD 2â€™ co-star is special as they have been friends since childhood.

The 28-year-old actor keeps Shraddha on top of his list among his co-actors and feels that she is the most comfortable actress to work with.

â€œI think she has got a very bright future. She is improving as an actor and dancer. She is so beautiful. For Shraddha, the sky is the limit and she drives me to doing better and I want to work with her. After five years I would see her on the top,â€ he said.

â€œShe is my childhood friend. We knew each other before we became actors. The chemistry with her in â€˜ABCD 2â€² is very different. I donâ€™t think I have shared such chemistry with any other actress because probably I am the most comfortable with her,â€ Varun added.

The actor said he learnt the tricks of dance by watching greats like Michael Jackson and Prabhudheva.

â€œAs a kid, I used to watch Michael Jacksonâ€™s dance on CDs and on television when the dancing star was on world tours. After Youtube came, I watched NTR Junior and Prabhudhevaâ€¦ And picked up a few nuances of dancing,â€ he said.

Dhawan said, his another â€˜ABCD 2â€™ co-star Prabhudheva is the best dancer and everybody else, including Hrithik Roshan and Allu Arjun, comes after him.

Heaping more praise on the choreographer, who is reprising the role of Vishnu sir in the dance drama, said, â€œPrabhudheva is a legend. He is just extraordinary. He is around 50 years old. Look at the way he dancesâ€¦. Better than any other young dancers. His discipline, passion, his humblenessâ€¦ I am truly a fan of his,â€ he said.

â€œThere is something we might do next year. It would be a David Dhawan kind of film â€“ full of comedy. He is a brand in himself and he doesnâ€™t want to disappoint his loyalists.â€Â