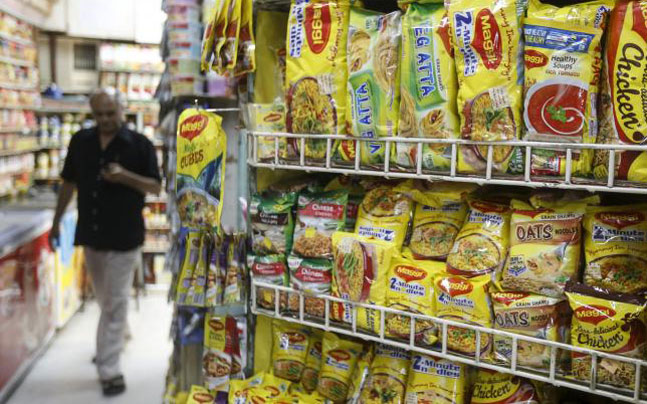 New Delhi:Â Nestle India is in the process of destroying Maggi instant noodles worth Rs 320 crore after it was banned by central food safety regulator FSSAI due to presence of lead and taste enhancer monosodium glutamate (MSG) beyond permissible limits.

The company said it is in the process of withdrawing the stock of Maggi noodles from markets, factories and distribution and destroying it.

“The estimated sales value of the stock in the market, including those with our trade partners is around Rs 210 crore. In addition, there was Maggi Noodles and related materials in our factories and distribution centres when the withdrawal was announced and the estimated value of these is around Rs 110 crore,” Nestle India informed the BSE.

It, however, added that it was only a broad estimate “as it is impossible to calculate the final figure while the withdrawal is taking place”. “There will be additional costs to take into account for example bringing stock from the market, transporting the stock to the destruction points, destruction costs. The final figure will have to be confirmed at a later date,” it said.

That unforeseen costs on withdrawal “will be dealt with in line with the applicable accounting standards at the time of announcing the financial results on due dates”.

Traders body Confederation of All India Traders (CAIT) has sought government intervention to direct Nestle to make immediate refunds for recalled stocks of its Maggi noodles as the company has “blocked capital of wholesalers and retailers for nearly two months”.

On June 5, the Food Safety and Standards Authority of India (FSSAI) banned Maggi directing Nestle to immediately withdraw and recall all nine variants of Maggi instant noodles from market. Nestle India has also recalled the product from the market.

Nestle India has challenged the ban order before the Bombay high court, which on June 12 declined to give any interim relief over ban of Maggi noodles.

The court has scheduled the next hearing for June 30 and has directed FSSAI and the Maharashtra Food and Drug Administration (FDA) to file affidavits within two weeks over concerns raised by Nestle.