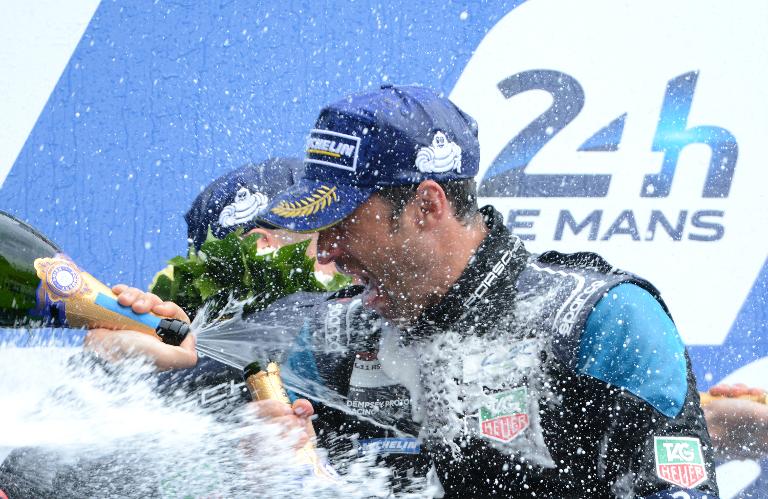 Patrick Dempsey, the star of hit US drama “Grey’s Anatomy”, found a new leading role Sunday, a podium finish in the Le Mans 24 Hours Race which became something of a tearjerker.

The man who shot to fame playing Dr Derek Shepherd in the long-running hospital drama had tears in his eyes when his car finished second in the GTE-Am class.

The 49-year-old steered his Porsche 911 to second place alongside co-drivers Patrick Long and Marco Seefried to realise one of his dreams.

“I think it’s hard to put into words how much it means to be on the podium in Le Mans. Phenomenal effort and support from Porsche,” beamed Dempsey.

“It’s an amazing accomplishment, you always dream about moments like this. I’ve worked really hard over the last three years to make this happen and I’m here. Vive la France,” he added.

Dempsey has always been a passionate motorsport fan and was appearing in his fourth Le Mans race — he also featured in 2009 in a Ferrari, and in 2013 and 2014 in a Porsche; his results have got better each time.

This year he decided to take a break from his acting career to compete in the World Endurance Championship (WEC).

Under the name of his own team, Dempsey-Proton Racing, the American was partnered by Long and Seefried in his own Porsche 911 RSR. This was the third time that he competed in the GTE-Am class.

In a very competitive race, Dempsey was far from guaranteed a podium finish until the final few laps.

The American was third in the Porsche number 77 behind the Aston Martin, but Victor Shaytar’s crash allowed Dempsey and co to move into second — a position they never relinquished.

The actor — with clenched fists and tears in his eyes — embraced team members as he achieved his dream.

Much more famous for his “Grey’s Anatomy” exploits for 11 seasons, Dempsey told AFP on Friday of his thirst to be recognised as a sportsman.

Asked whether professional drivers had dismissed his venture into motor racing, Dempsey insisted that he wasn’t worried about what they thought: “I hope to earn their respect in time,” he proclaimed.