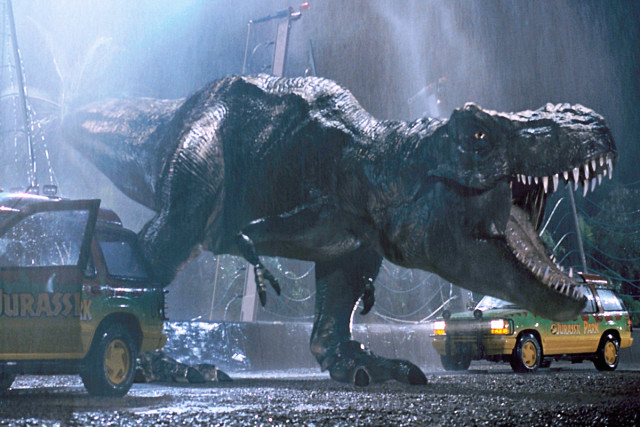 Jurassic World, the fourth film in the series, has done a tremendous job by gorging up the competition of scoring the title of the biggest blockbuster worldwide.

The previous world record opening was Harry Potter and the Deathly Hallows (Part 2) which minted $483.2 million in 2011, followed by Avatar ($259.9 million) in 2009 and a number of other new openings driving that tally.

The unprecedented haul for â€˜Jurassic Worldâ€™ was boosted by $100.8 million earned in China alone and the blockbuster topped the box office in 66 countries. In North America, the movie made $204.6 million, just short of the record for an opening weekend in the region, held by Marvel s â€˜The Avengersâ€™ at $207.4 million in 2012.

Part of Jurassic World’s success comes from big numbers at 3D, IMAX, and premium large format theaters. Roughly half of the box office numbers came from 3D ticket sales, and the action flick took in $44.1 million globally from IMAX theaters â€” crushing the record set by Iron Man 3 of $28.8 million.

In addition to Chris Pratt as chief dinosaur-keeper and Bryce Dallas Howard as the park overzealous marketing guru, the cast of the film includes a multi-ethnic array of actors.

Jurassic Park was a major worldwide success in 1993, taking more than $1 billion globally. It was followed by â€˜The Lost World: Jurassic Parkâ€™ four years later and â€˜Jurassic Park IIIâ€™ in 2001.

Analysts said the success of the latest flick will vindicate the decision to reboot the franchise for a new generation of dinosaur fans.

Meanwhile, Chris Pratt is expected to return for the second â€˜Jurassic Worldâ€™ movie.

When asked if he will be back for the sequel, the actor replied, â€œI am,â€ before adding with his usual sense of humour, â€œThey have me for I think 38 movies or something.â€

Pratt also talked about his childhood love for the franchise. â€œI was 13. It started when I saw the movie trailer on TV.

â€œI was like, â€˜Oh my god, I have to see that!â€™ I saw it on opening weekend twice. It just captured my imagination and swept me up.â€