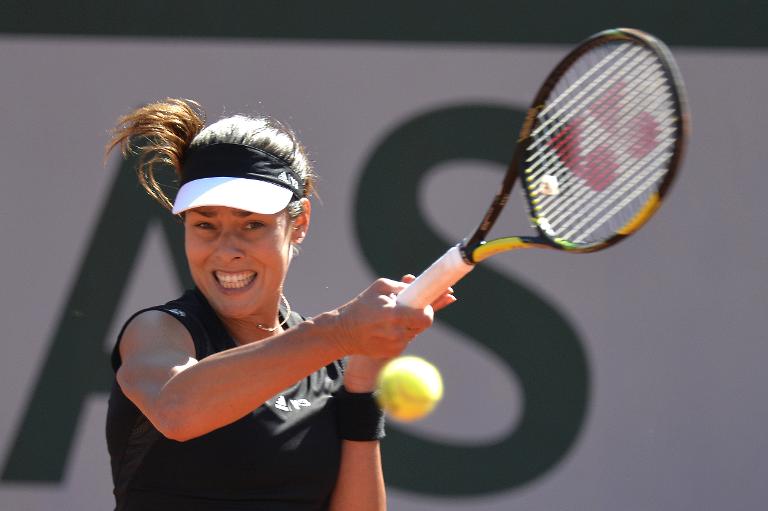 Ana Ivanovic, the former French Open champion who has taken more than six years to climb back into the world’s top six, claims her progress has taken her into “a new era”.

Ivanovic, both modestly likeable and conspicuously glamorous, appears to have overcome some of the self-doubt and obsessiveness which threatened to spoil her career after reaching number one at the age of only 20.

Reaching the semi-finals at Roland Garros recently has been a galvanizer of a new optimism for the Serbian whose climb up the rankings will enable her to defend her title at the Wimbledon warm-up event in Birmingham this week as the number two seed.

“I really think it’s a new era in my career. The last couple of weeks have been really exciting,” the 27-year-old said. “I am just improving, and getting better – and getting to be where I want to be.”

What has made the difference, she reckons, is balance.

“When I was young it was so much about tennis, and not really having time off, not sort of letting my hair down, or enjoying free time,” she said.

“It was more controlled by the team. It was just work. Now I’ve changed that. I do work off court but also enjoy myself -â€“ go to the beach and have a coffee with a friend, enjoy shopping. That’s made a big difference.”

Why it has taken so long to reach this happy conclusion is because, she admits “I felt guilty doing that!”

Her brother Milos has helped her, she says, along with a fitness coach, physio, and sparring partner, who leave her with so much less to think about.

“They take care of things, and help me improve and have fun,” she said.

Her enjoyment is likely to continue on Wednesday when she begins her title defence and her Wimbledon grass-court preparations against a lucky loser, while Simona Halep, the number one seed from Romania, starts against Naomi Broady, a local wild-card entry.

Later Garbine Muguruza, the ninth seed, who would like to follow the grass-court exploits of her adaptable Spanish compatriots Conchita Martinex and Arantxa Sanchez, was discouragingly outplayed 6-3, 6-1 by Magdalena Rybarikova, ranked outside the top 50.

However the out-of-form Slovakian showed just how much this can be a specialist’s surface.

Despite having suffered six first-round defeats this year, Rybarikova performed much as she did â€“- with strident down-the-line hitting and cleverly mixed-in slices — when winning the title here six years ago.

Two former world number ones, Victoria Azarenka and Jelena Jankovic, begin their bids to show that they can still be dangerous contenders on Tuesday.

Jankovic, the 15th-seeded Serbian and a former titleholder, plays Tereza Smitkova, the world number 62 from the Czech Republic; Azarenka, the 12th-seeded Belarusian who is starting to recover from a series of injuries, faces Varvara Lepchenko, the world number 37 from the United States.