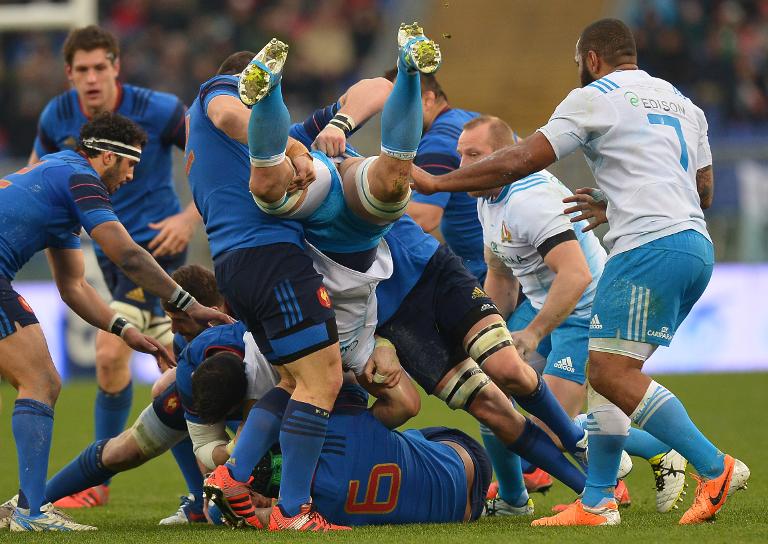 Italy’s Rugby World Cup preparations got off on the wrong foot on Monday after a row broke out between players and the federation (FIR) after its president allegedly refused to meet players and cancelled a scheduled training camp.

Reports earlier initially claimed players had refused to attend the scheduled June 14-July 3 training camp in the northern town of Villabassa until certain conditions relating to pay and bonuses at the World Cup in England later this year were met.

The Italian internationals reportedly want a match-by-match bonus for the September 18-October 31 World Cup in England instead of a one-off payment linked to their performances, as desired by the federation.

The FIR subsequently released a statement saying it had “taken note” of the players’ decision “to neither take part in training nor wear federation kit before a financial agreement is found over participation in summer training and the World Cup”.

However a statement by GIRA, the Italian rugby players’ association, called the FIR’s depiction of events on Sunday and Monday morning as “staggering”.

“These are staggering claims by the FIR,” said a GIRA statement.

“All the players turned up for the training camp and will remain at the camp. The truth is this: the players demanded a meeting this morning with president (Alfredo) Gavazzi, who declined due to personal commitments.

“Given the overall situation, the FIR hierarchy announced the dissolution of the training camp and invited the players to leave.”

Forty players had gathered for the camp, although captain Sergio Parisse and veteran prop Martin Castrogiovanni were both absent after their Top 14 efforts with Stade Francais and Toulon respectively.

The GIRA statement claimed Italy’s players “disagreed on the other issues, not just monetary”, still being discussed with the FIR and that the current situation had left the team feeling “pessimistic” over their chances in England this autumn.

It added: “All that Parisse & Co. want is the reopening of talks and a meeting, in person, with the president, who seems to have more pressing commitments.”

In sarcastic tones, it continued: “So sending everyone is a nice way of dealing with the problem. Even better was the standard of today’s federation press release.”

Italy, coached by Frenchman Jacques Brunel, have further training camps in L’Aquila (July 12-25) and then Fiuggi, near Rome (August 2-9).

Italy warm up for the World Cup with Tests against Scotland (Aug 22 and Aug 29) in Turin and Edinburgh respectively, and against Wales (Sept 5) in Cardiff.

Come September 18, the Italians are in Pool D alongside France, Ireland, Canada and Romania.