Home World Iran turns to matchmakers, with marriage out of favour 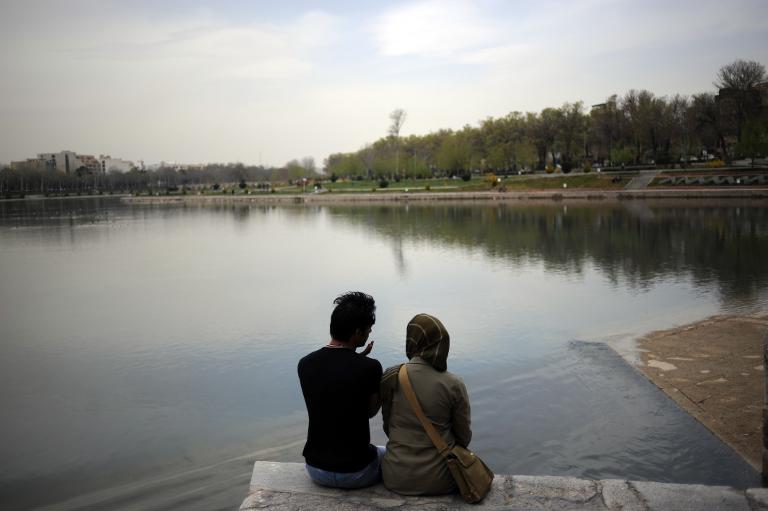 An alarming rise in the number of young Iranians who are shunning marriage prompted an unprecedented step from the government on Monday — the launch of a matchmaking website.

The move has been triggered by deep unease in the Islamic republic, where sex outside marriage is forbidden, that the family unit is eroding and by fears of a potential fall in population.

At pains to point out it was not an online dating service, officials said the “Find Your Equal” website hoped to reverse a surge in numbers, currently 11 million, of young single adults.

It will use a network of matchmakers — clerics and professionals of good standing in their communities, such as doctors and teachers — to try to pair people off.

Having trialled the system, which will be free, for a year in which officials said 130 intermediaries introduced 3,000 men and women — with 100 couples getting married — it will now launch fully.

“We face a family crisis in Iran,” Mahmoud Golzari, a deputy minister for sport and youth, told reporters at the unveiling of hamsan.tebyan.net in Tehran.

“There are many people who are single, and when that happens it means no families and no children,” he said, defending the need for the website.

“This should have happened a long time ago,” he added.

The government has since reversed past policies to control population growth, with legislation to cancel subsidies for condoms and birth control pills and eliminate free vasectomies.

The matchmaking website is another step: people register online and the matchmaker tries to come up with a suitable partner from its database.

Users must state their age, height, weight and build, eye colour, education level and languages spoken, whether they smoke and list their hobbies and interests.

But in a hint at Iran’s economic and social divide — millions of poor families live on a few hundred dollars a month and the middle class has been hit by sanctions — other questions dig deeper.

Women, who must be veiled in Iran, have to state their preferred mode of Islamic dress, be it a traditional loose head-to-toe black chador or a more modern tight-fitting coat.

Both sexes are also asked their religion — Iran is 90 percent Shiite Muslim — and their level of faith, and whether they would like to live abroad.

If a potential match is found, family meetings and psychological testing to try to ensure the two are compatible will follow.

Economic factors, such as high youth unemployment, are blamed for rising marriage ages — the national average is 28.1 for men and 23.4 for women. In Tehran it is higher, at 30.6 and 26.7 respectively.

Many young Iranians also cite the country’s strict social mores and pressure to get married as a heavy burden, but religious families blame a Western cultural invasion for eroding traditional values.

Although online dating sites are banned in Iran, around 350 operate illegally. Millions of young adults also use Facebook and social media to hook up despite such sites being prohibited.

“We don’t claim that we are solving all the problems,” she said.

“But the problem we are tackling here is that of finding a partner.”

Hitting the planned number of marriages could be a tall order, said Fatemeh, a single 24-year-old middle class engineer from Tehran who said she would be perturbed at submitting personal information online.

“I will not use this site as I do not trust cyberspace,” she said. “It’s a good initiative but whether it will have an impact is another matter.”