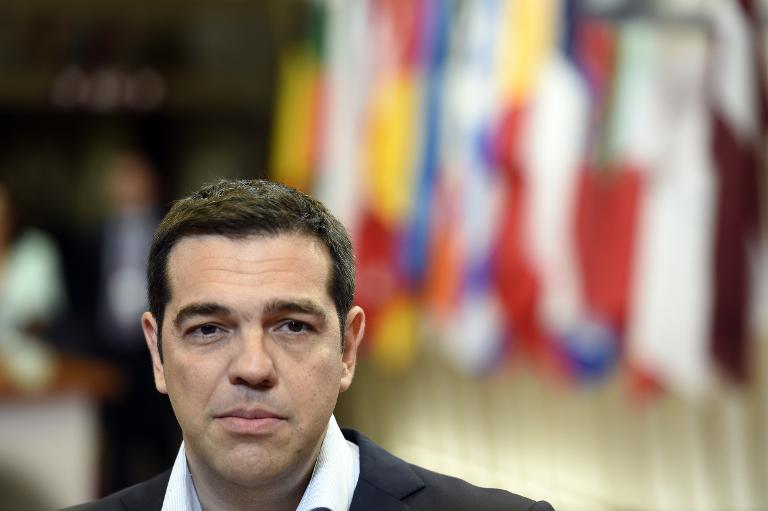 Athens will stand its ground until its creditors become “realistic”, Greece’s premier said Monday, a day after last-ditch debt talks collapsed and raised fears of a Greek default and exit from the eurozone.

“We will wait patiently until the institutions become more realistic,” Prime Minister Alexis Tsipras wrote in the Ephimarida ton Syndakton daily, adding that “political opportunism” was driving the creditors to keep pressing Athens to make cuts to pensions.

Alluding to criticism from within his anti-austerity Syriza party and the position that Athens has made numerous concessions since the start of the negotiations, Tsipras said: “Some see as weakness our sincere desire for a solution and the steps we have taken to bridge the differences.”

The 40-year-old premier called on the International Monetary Fund and the European Union to “meditate” on the idea that: “We are not only the heirs of a long history of struggle. We are also carrying on our shoulders the dignity of a people, and the hope of the peoples of Europe.”

Tsipras rejected the notion that debt-wracked Greece’s steadfastness during the negotiations was a “question of ideological obsession”, saying: “It’s a question of democracy.”

The collapse of the talks on Sunday brought the threat of a Greek exit from the euro closer than ever.

The talks have aimed to break a five-month standoff between the Greek government and its creditor overseers, who are demanding reforms in return for the last 7.2 billion euros ($8.1 billion) of Greece’s 240 billion euro bailout since 2010.

The bailout expires on June 30, and to meet that deadline, a reform deal must be resolved by a meeting of the eurozone’s 19 finance ministers in Luxembourg on Thursday.