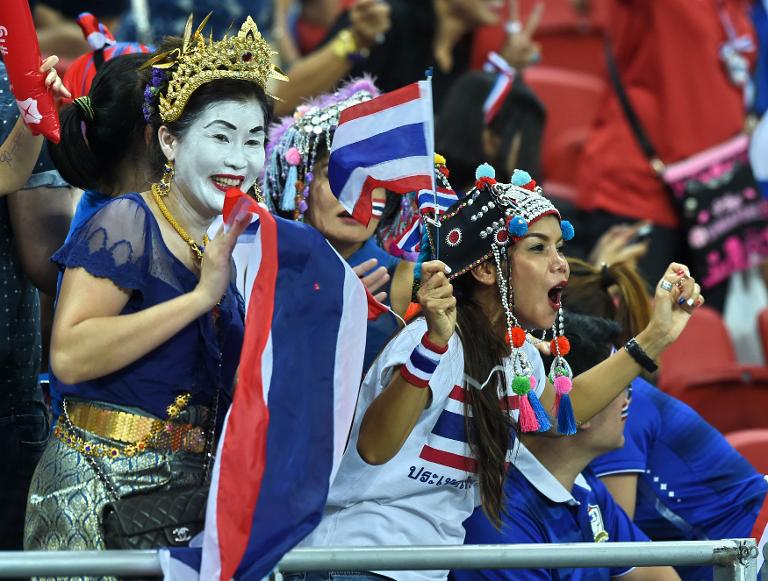 Thailand emphatically defended their Southeast Asian (SEA) Games football title on Monday as they finished top of the medals table for the second consecutive edition.

Thailand’s under-23s had to wait until after half-time to break down dogged Myanmar, but three goals in the second period earned them a deserved 15th SEA Games title 3-0.

Thailand’s women’s water polo team shocked Singapore and their female volleyballers also took gold in a victorious run for the team on the penultimate day.

With hosts Singapore only capable of adding one more title to their record haul of 83 golds on the final day, 2013 table-toppers Thailand led the way with 93.

Thai officials celebrated on the pool deck when their women edged Singapore 5-4 in the water polo, and there was more to come when they beat Vietnam 3-0 in the volleyball final.

Later at a National Stadium packed with Myanmar foreign workers and watched by armed police with dogs, Thailand had to persevere before finally winning the football final.

It was a fitting title for the tournament’s form team, who thrashed Indonesia 5-0 in the semi-finals and celebrated gold by holding up a portrait of King Bhumibol Adulyadej.

Vietnam had already seen off Indonesia 5-0 in the bronze medal match, a result which sent the Indonesians into international oblivion after the country’s ban by FIFA.

“I hope the case of Indonesian football will be cleared as soon as possible because it’s very disappointing for the players,” said Indonesia coach Aji Santoso.

“They don’t even know what they’ll do after this tournament.”

In men’s basketball, the Philippines had some nervy moments before beating Indonesia 72-64 and extending their proud record of winning the title all but once since the sport was introduced in 1977.

Thailand won two golds in petanque, as well as claiming the women’s doubles sepaktakraw title as they finished top in the volleyball-style sport with five golds out of 10.

Competition in the biennial, 11-nation, 36-sport regional Olympics concludes on Tuesday, before the event formally wraps up with a gala closing ceremony.