Home Sports Capello under fire in Russia after Austria flop 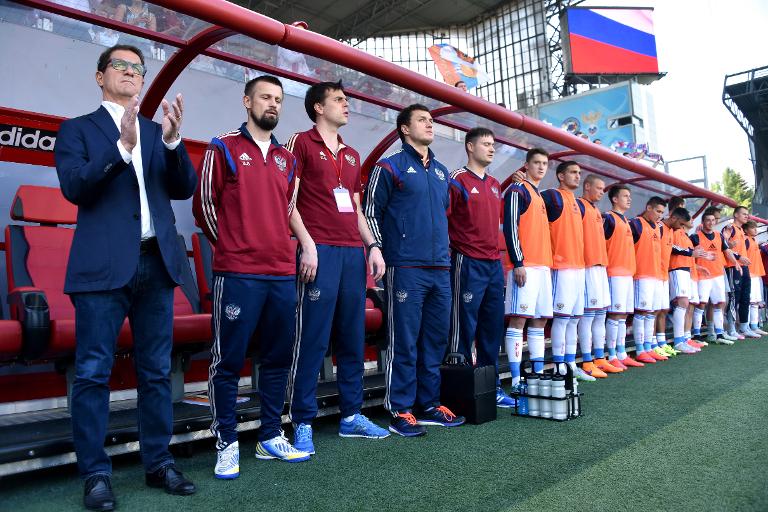 The Russians were beaten in Moscow after Marc Janko’s first-half strike, which leaves Russia third, eight points adrift of Austria at the top of the group.

With just 8 points from their 6 qualifying matches so far, Russia face a battle to qualify as they trail second-placed Sweden by four points with only the top two going to the finals automatically.

“It’s a dead end for the national squad,” Sport Express’ front page headline declared after Russia suffered their second defeat in as many meetings with Austria in their qualifying campaign.

“Our national team’s performance is a disgrace, nothing else,” the newspaper quoted Sergei Ivanov, the head of the Russian president’s administration, as saying following Sunday’s encounter.

“It’s high time to start looking for those millions,” said the headline of Sport Express’ match report, a reference to the huge sum needed to buy Capello out of his contract.

“I’m very upset like the millions of Russia’s football lovers, who for the umpteenth time failed to receive either a glittering performance or just the acceptable result from our national side,” Russia’s former national manager Oleg Romantsev commented.

The newspaper has also published an interview with Russia’s Sports Minister Vitaly Mutko, who led the initiative to bring Capello to Russia in the first place.

“We’ll bring back our team’s soul, I promise,” said the minister, who is currently considering his return to the chair as Russia’s Football Union (RFU) chief after Nikolai Tolstykh stepped down from the post last month.

“The team, which he (Capello) took over in 2012, was stronger than his current squad. It’s the true index of his coaching work.”

Last year Capello, who is reportedly the world’s highest paid coach, signed a lucrative new contract to stay in the job through to the end of the 2018 World Cup, which Russia will host.

But after Russia were knocked out at the group stage of last year’s World Cup in Brazil without winning a game, the 68-year-old coach was widely criticised, and only the backing of the country’s sports minister Mutko prevented the former England manager from losing his job.

Capello was involved in a six-month long pay dispute with the RFU before billionaire Alisher Usmanov, a shareholder at English Premier League club Arsenal, stepped in to settle 400 million roubles ($5.8 million at the time) in unpaid wages in February.

Russia have just two wins to their name in qualifying so far — a 4-0 win at home to Liechtenstein last September before being awarded a 3-0 victory from the abandoned clash against Montenegro in Podgorica in March.

They have been held at home by minnows Moldova and suffered those two defeats to Austria.

Russia’s next qualifier is a potentially decisive fixture at home to Sweden on September 5 with a trip to Liechtenstein following just three days later.