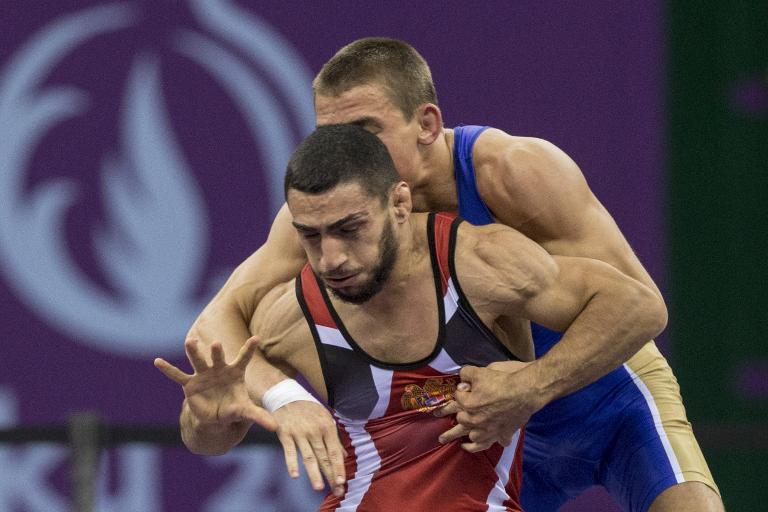 To paraphrase Baron Pierre de Coubertin, the founder of the modern Olympics, “It’s not the winning but the taking part that counts” — a sentiment symbolised by the Armenians competing at the European Games hosted by their bitter enemies Azerbaijan.

Their presence has been hailed as a dipomatic coup pulled off by European Olympic Committees (EOC) president Pat Hickey, but for the Armenian athletes being in Baku is anything but easy.

The bitter hatred that exists between them was reflected in the hostile reception that the Armenian delegation — comprising no athletes — at the opening ceremony and their greco-roman wrestlers received.

Even those who have since switched to other nationalities, but retained their surnames, were not spared in the competition.

One of Armenia’s biggest hopes for gold in the greco-roman wrestling Roman Amoyan failed to medal and ended his bronze medal play-off with his head swathed in bandages.

“Armenian blood was spilt on Azerbaijan soil,” read one of the headlines in the media.

Migran Arutyunyan, silver medalist in the 66 kilogramme category, had to contend with chants of ‘Russia, Russia’ from 7,000 spectators in his final against Artem Surkov.

“It is clear the judges were influenced by the public,” said Arutyunyan, who was escorted from the arena by a bodyguard assigned to the Armenian team.

“No matter it is what I expected before I came here. It was very difficult for me to focus with all the pressure that was on me.”

Indeed aside from the bodyguards a member of the Games organising team told AFP the team bus was escorted by two cars on their journeys to and from the stadia and no Azeri volunteers wished to be assigned to the team.

It has not made preparing for their respective competitions easy as team official Karen Giloyan told AFP.

“Of course it is not easy to compete under those conditions,” he said.

“We don’t leave the village (apart from training and competing) for purposes of security.”

Several Armenian athletes refused to come with one wrestler saying he had no wish to experience the tight security he had done at the 2007 world championships.

However, those who have decided to compete — largely against their parents’ wishes according to the Games official — have been hailed as heroes by Hrachya Rostomyan, the Secretary General of the National Olympic Committee of Armenia (NOCA).

“If they were afraid they wouldn’t come, it’s as simple as that,” said Giloyan.

Giloyan, though, believes there are positives to take from their presence in Baku.

“This is undoubtedly a step in the right direction,” said the 45-year-old official.

“We really hope our presence here will improve the relationship between our two countries.

“Armenia is taking a step forward towards peace.”

The enmity between the Azeris and the Armenians dates back to the early part of the 20th century before being cut short by them becoming part of the Soviet Union.

However, once the Soviet Union disappeared, violence reared its head again and Yerevan-backed ethnic Armenian separatists seized control of Nagorny Karabakh during the 1990s conflict that left some 30,000 dead.