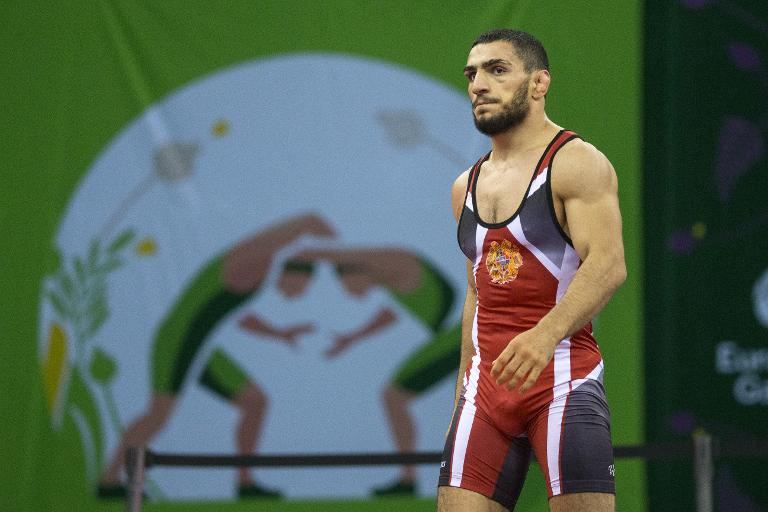 Armenian Greco-Roman wrestler Migran Arutyunyan claimed the hostile Azerbaijan crowd influenced the judges and cost him a gold medal at the European Games on Sunday.

The 26-year-old — one of a group of more than 20 Armenian athletes who came to the Games despite it being hosted by their bitter enemies — applauded the judges sarcastically after losing narrowly to Russian Artem Surkov in the 66 kilogramme category.

Armenia and Azerbaijan have been locked in conflict since a bloody war in the early 1990s following the breakup of the Soviet Union.

“It is clear the judges were influenced by the public,” said Arutyunyan, who was escorted from the arena by a bodyguard assigned to the Armenian team.

“No matter that it’s what I expected before I came here, it was very difficult for me to focus with all the pressure that was on me.

“However, it is very important for my country that we are here, each victory (in the preceding rounds) was important and an enormous amount is expected of us back home.”

Having been jeered and booed on entering the arena he had to put up with chants of ‘Russia, Russia’ from the largely Azeri crowd — all but filled to its 7,800 capacity — ringing in his ears.

While security men gestured to the crowd to stay seated there was a brief altercation as Arutyunyan exited the arena with an official.

His evident disappointment showed visibly at the medals ceremony when Surkov invited the minor medallists to share the top step of the podium for the photographs — Arutyunyan reluctantly put one foot on it.

However, he still took a measure of pride from being Armenia’s first medallist at the Games.

“What do you think?” he smiled when asked if it meant a lot to him.

It had all been very different earlier when, along with team-mate Maksim Manukyan, who competed in the 85kg category, they both beat Azeris — Arutyunyan coming from behind to edge out Hasan Aliyev in the semi-final.

Then he had been lifted off his feet by one of the coaches in celebration while booing echoed around the Heydar Aliev Arena.

Manukyan was unable to double the team’s tally as he lost the bronze medal play-off to Turkish wrestler Metehan Basar leading to rousing cheers from the Azeris, and a smattering of Turkish fans waving their national flag.

The Turk’s win also had Azeri President Ilham Aliyev on his feet applauding along with the First Lady, Mehriban.

The decision by the Armenians to compete was a considerable diplomatic coup for European Olympic Committees president Pat Hickey who laboured long and hard to persuade them to come.

The enmity between the Azeris and Armenians dates back to the early part of the 20th century before being cut short by them both becoming part of the Soviet Union.

However, once the Soviet Union collapsed, violence reared its head again and Yerevan-backed ethnic Armenian separatists seized control of Nagorny Karabakh during the 1990s conflict that left some 30,000 dead.