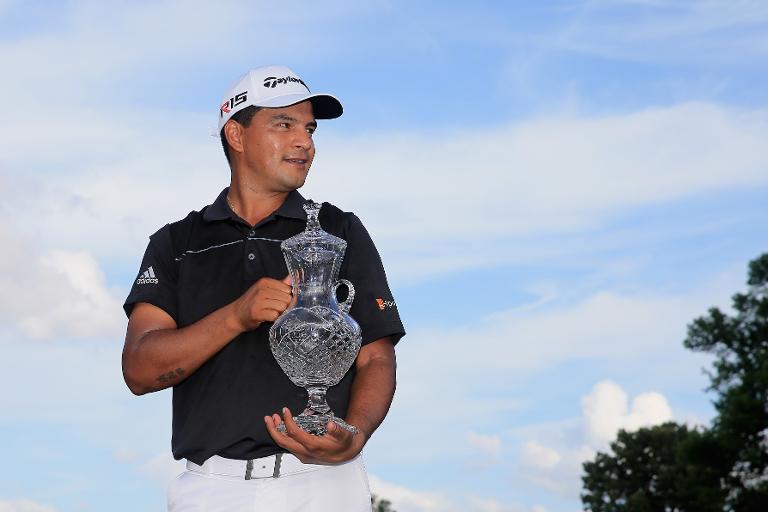 Gomez, who shared the overnight lead with Owen, finished with a 72-hole total of 13-under 267, while Owen — who led by two through seven holes — finished with an even par 70 at TPC Southwind for 271.

Gomez finished with a flourish, rolling in a 30-foot putt for his fifth birdie of the day at the final hole.

He became the first Argentinian since Angel Cabrera at last year’s Greenbrier Classic to win on the US Tour.

Birdies at the third and seventh saw Owen pull two ahead as Gomez was even for the day through seven after a birdie and a bogey.

But Gomez birdied the par-three eighth, and Owen bogeyed nine and they were level again, Gomez then taking the lead for good with a seven-foot birdie putt at the 11th.

Owen dropped his tee shot in the water en route to a bogey at the 12th, and dropped another shot when he missed the green at the par-three 14th.

The Englishman’s birdie at 15 pulled him within two, but Gomez responded with a birdie from a greenside bunker at the par-five 16th.

“Today, I tried to play the same way I played the first three days,” Gomez said. “If I got nervous, I thought about something else and that helped keep my mind blank.”

Five-time major champion Phil Mickelson, tuning up for the US Open that starts on Thursday at Chambers Bay in Washington state, gave himself some momentum with a final-round 65 that left him in a group sharing third on 272.

“I’m feeling a lot better about heading into the US Open after this week than I did after last,” said Mickelson, who had eight birdies and three bogeys on Sunday.

Reigning FedExCup champion Billy Horschel also closed with a 65 to share eighth place on 273. He was in a group that included Boo Weekley, Chad Campbell and Scotland’s Russel Knox.