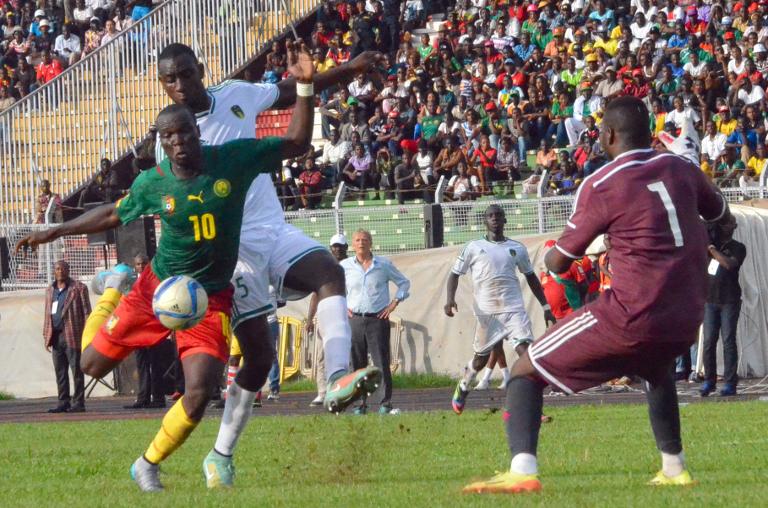 Tottenham Hotspur striker Emmanuel Adebayor put recent troubles behind him on Sunday to score a dramatic winner for Togo as matchday 1 of 2017 Africa Cup of Nations qualifying concluded.

The gangling 31-year-old struck three minutes from time to earn Togo a come-from-behind 2-1 Group A victory over fellow west Africans Liberia in Lome.

William Jebor had put the Lone Stars ahead late in the opening half and Sadat Ouro-Akoriko equalised midway through the second half.

Adebayor initially refused to team up with the Sparrow Hawks, prompting his axing from the squad by Belgian coach Tom Saintfiet.

But after watching Togo lose a friendly in Ghana six days ago, the 2008 African Footballer of the Year had a change of heart and once again proved a match-winner for his country.

The greatest Togolese footballer of the modern era told social media last month about a family feud over money that left him severely depressed.

Togo share first place with Tunisia, whose 8-1 drubbing of Djibouti in Rades on Friday was the biggest victory of the 25 qualifiers.

The Indomitable Lions dominated throughout, but some strange refereeing decisions and brave defending by the visitors kept the game scoreless.

Four-time African champions Cameroon lead by two points from South Africa and Gambia, who drew 0-0 on Saturday in Durban.

Ghana scored seven goals against hapless Mauritius on a poor Accra playing surface with Jordan Ayew and Asamoah Gyan bagging braces in a 7-1 Group H romp that was not unexpected.

Tunisia scoring eight goals, Ghana and Cape Verde seven each and Angola and Algeria four each came as no surprise because the opening fixtures included top seeds hosting bottom seeds in each mini-league.

The absence of injured playmaker Andre Ayew was barely felt as Ghana built a 5-1 half-time advantage with goalkeeper Kevin Jean-Louis helpless to prevent most of the goals.

Christian Atsu, voted the Most Valuable Player of the 2015 Cup of Nations in which Ghana finished runners-up behind the Ivory Coast, opened the scoring on 10 minutes.

Leicester City defender Jeffrey Schlupp and David Accam were the other Black Stars scorers and Andy Sophie netted for Mauritius when his side were trailing by four goals.

The other match in the group did not go as expected with favoured hosts Mozambique losing 1-0 to Rwanda, whose goal from giant striker Ernest Sugira came just three minutes into the first half.

Ramy Rabiea, Bassem Morsi and Mohamed Salah, the Chelsea striker on loan to Fiorentina, scored for a Pharaohs team desperate to avoid missing a fourth consecutive Cup of Nations finals.

Egypt failed to qualify for the 2012, 2013 and 2015 tournaments and Argentine coach Hector Cuper knows that if he does not stop the rot, unemployment is virtually guaranteed.

Nigeria, who also failed to qualify for the tournament in Equatorial Guinea this year after winning the previous edition, won 2-0 against visiting Chad in Kaduna on Saturday.

Paul Were scored on 10 minutes for the visitors and Prince Oniangue converted a penalty awarded for handball before half-time.

Democratic Republic of Congo, Ethiopia, Niger and Sudan won narrowly at home and Equatorial Guinea were held by Benin in other matches.

Ivory Coast, who had a bye in three-team Group I, drew 0-0 away to 2017 hosts and automatic qualifiers Gabon in a friendly.

Matchday 2 fixtures are scheduled for the first weekend of September.