US data better, but Fed likely to hold off on rate rise | Newsmobile
Wednesday, August 10, 2022

Home World US data better, but Fed likely to hold off on rate rise 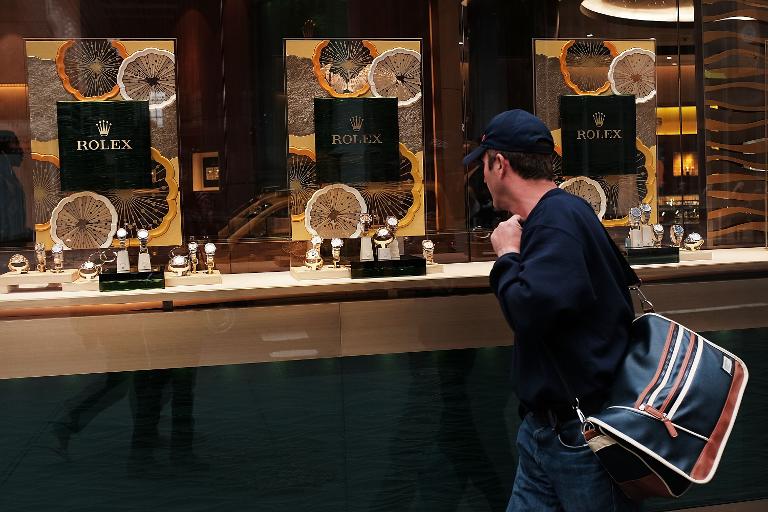 Evidence is piling up that the US economy is rebounding from the past few months’ stall, with consumers spending more, a rebound in job creation, and wages beginning to rise.

But analysts believe the Federal Reserve will want to see more when it meets in the coming week to again weigh hiking interest rates.

The Federal Open Market Committee meets on monetary policy on Tuesday and Wednesday, about the very time that, a year ago, it expected to be announcing a rise in its benchmark federal funds rate.

The rate has sat at an extraordinarily low zero percent since 2008 in an effort to rebuild the US economy from the Great Recession with a flood of cheap dollars.

Persistent underemployment, extremely low inflation and weak wage growth has kept the rate in place, with the Fed worried the economy could still be vulnerable to tighter monetary conditions, six years after the recession ended.

The surprise economic contraction of the first quarter put any action on hold, though the FOMC has said that it views the causes of the stall of the past few months as “transitory.”

Since April, though, key data which the FOMC looks at to decide whether the economy can handle higher rates — inflation, employment and wages — have all shown signs of improvement.

Fed Chair Janet Yellen has repeatedly stressed the need for signs of firm tightening in the jobs market, even if inflation stays low.

Released on June 5, the May job creation report was surprisingly strong, with the jobs market absorbing a surge of returnees, and wages turning up at the same time, all signs of tightening.

Data this week backed that up: job vacancies rose and employers said they are and expect to be paying people more.

But the other data is mixed. Consumer spending has risen, but mainly on cars; otherwise, US shoppers seem very cautious.

Prices are weaker than the Fed — which wants to see inflation around two percent — favors.

Analysts say that because the FOMC needs to see steady improvement over time, it will likely wait a couple months more to move, even if Fed policy-makers seem anxious to get past the initial increase.

“The June FOMC (policy) statement will largely be a placeholder for what we continue to believe will be a September rate hike,” said Deutsche Bank Friday.

“A June rate hike is not entirely off the table, but is highly unlikely. September is more likely, but that first hike is data-dependent,” said economists at IHS.

– Normalizing hikes down the line –

When it does, it will likely be the first in a series of increases aiming to “normalize” US monetary policy, the Fed says.

That prospect has driven volatility in global markets for two years now, pushing the dollar higher and spurring capital flows out from emerging markets, which has left many struggling to shore up growth.

Partly for that reason, in the past two weeks both the International Monetary Fund and the World Bank have encouraged the Fed to hold off rate increases until 2016.

Worried about the impact of higher interest rates on poorer countries, the IMF said the Fed “should remain data-dependent and defer its first increase in policy rates until there are greater signs of wage or price inflation than are currently evident.”

“Barring upside surprises to growth and inflation, this would put lift-off into the first half of 2016.”