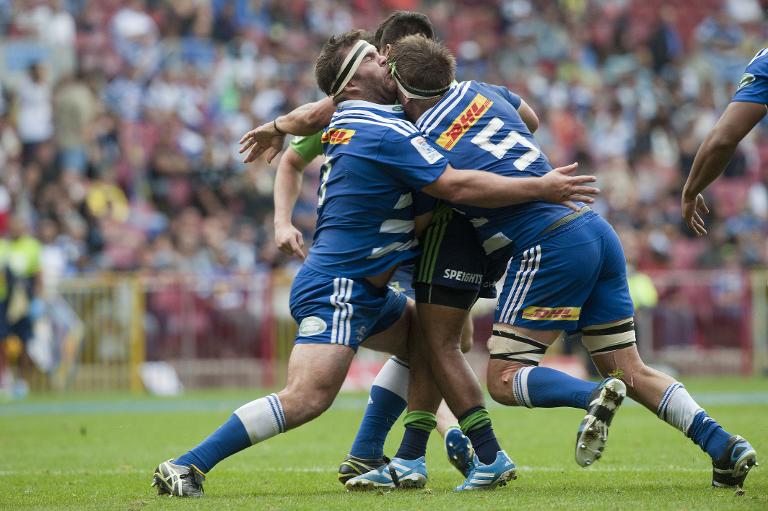 South Africa’s Western Stormers will host Australia’s ACT Brumbies and the Otago Highlanders will have home ground advantage against the Waikato Chiefs in this season’s Super Rugby qualifiers.

Defending champions New South Wales Waratahs secured a home semi-final ahead of the Stormers when they locked up the Australian conference title with a 31-5 derby win over the Queensland Reds this weekend.

The bonus-point victory meant the Waratahs finished the regular season second overall behind runaway leaders Wellington Hurricanes. Both top teams will face the winners of next week’s play-offs in the semi-finals on June 27.

The Stormers, who had already secured the South African conference title, rested many of their first choice players ahead of the play-offs and crashed 34-12 to the Coastal Sharks in Durban on Saturday.

The Highlanders routed the Auckland Blues 44-7 to finish fourth overall and earn home advantage against fellow New Zealanders the Chiefs next week.

The Chiefs went down 21-13 to the Hurricanes in New Plymouth, while the ACT Brumbies missed their chance of topping the Australian conference in a 37-24 home loss to the Canterbury Crusaders and now must travel to Cape Town to stay alive in the championship.

In the weekend’s remaining games with no bearing on the play-offs, bottom team Western Force downed the Rebels 13-11 in Melbourne, while the Central Cheetahs won 42-29 over the Northern Bulls in Pretoria. The Golden Lions had a bye.

The Waratahs bounded away with four converted second-half tries against the Reds after leading by just 3-0 at half-time in Sydney.

It was the Waratahs’ 11th win of the season but the 12th loss of a disastrous campaign for the Reds, who won the Super Rugby title four years ago.

The Reds now face a period of soul-searching, with the future of coach Richard Graham in doubt and established players Will Genia, James Horwill and likely Quade Cooper heading to play overseas.

South African rugby hardman Bismarck du Plessis cried after his final Super Rugby appearance for the Sharks ended in a home victory over the Stormers.

Du Plessis, rated among the best hookers in the world, is moving to France with elder brother and Sharks prop Jannie to play in the Top 14 competition.

The Stormers, looking ahead to the finals, rested 12 first-choice players from the Durban match as they look to become the first South African side since the Bulls in 2010 to win the southern hemisphere provincial title.

The Highlanders tuned up for their finals campaign with a record win over the hapless Blues at Eden Park, gatecrashing Blues legend Keven Mealamu’s Super 15 farewell.

The Highlanders had already made the finals but the seven tries to one victory secured fourth place and a home play-off next week.

The table-topping Hurricanes closed out the regular season with a tight win over the Chiefs.

After struggling for most of the first half, the Hurricanes turned the game in a three-minute burst when they scored twice to hit the front 14-13 just before the break.

They scored the only try in a second spell to confirm their domination of the championship by going into the knockout stages having won 14 of 16 matches this year.

The Crusaders sent off their All Blacks greats Richie McCaw and Dan Carter with a fitting victory to end the Brumbies’ hopes of winning the Australian conference.

The seven-time champions will be missing from next week’s finals for the first time since 2001 but they were too organised and strong for the Brumbies.

Carter, the top points-scorer in international rugby, will transfer to French club Racing Metro after this year’s World Cup, while All Blacks captain McCaw has indicated he intends to retire after the tournament.

The Bulls reacted to their underwhelming season of just seven wins by announcing that twice championship-winning coach Frans Ludeke would be stepping down after 149 Super Rugby matches and eight years in charge.