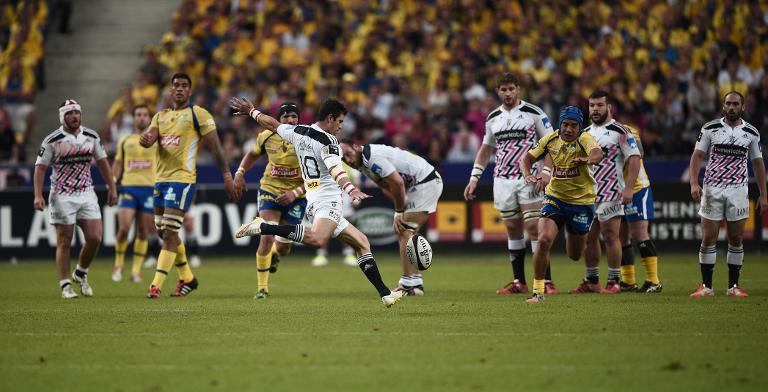 Four penalties by Springbok fly-half Morne Steyn saw Stade Francais pip Clermont 12-6 to claim the Bouclier de Brennus for the winners of the Top 14 on Saturday.

Two somewhat jaded teams fought out an at times dour match in which Clermont ill-discipline was matched by a stout Stade defence, making for a game that failed to hit the heights the Top 14 has offered all season.

For Clermont, it represented more heartache after losing this season’s European Cup final to Toulon.

It also reinforced their tag as perennial bridesmaids, having now been losing Top 14 finalists on no fewer than 11 occasions despite oozing class and danger from one to 15.

“It’s just a dream,” said Stade captain Sergio Parisse, the Italian No 8 who has ridden the good and bad times in Paris.

“I’m finding it tough to talk, it’s just incredible. It wasn’t a great final to watch, but we don’t care, we dealt with it and we let nothing go.”

Parisse’s counterpart at Clermont, Damien Chouly, added: “We were too naive and we missed too many points.

“Once again we lose, we have this horrible reputation. There’s an anger we feel towards ourselves what with history repeating itself.”

Stade had sent out a warning to Clermont by dispatching treble European champions and defending Top 14 winners Toulon 33-16 in last weekend’s semi-final.

A tight first-half saw Clermont suffer for their ill-discipline under the watchful, but correct, eye of referee Pascal Jauzere.

Clermont’s Portugal flanker Julien Bardy was rightly yellow carded in the 14th minute for a reckless armless charge into a ruck.

Steyn kicked two penalties in the first 21 minutes, but Morgan Parra missed a long-range effort shortly after, with the Parisians very much playing to the referee and looking in control at the set-piece.

A third Steyn penalty saw Stade out to 9-0 before Camille Lopez hit a penalty just before half-time to give the blue-and-yellows some hope.

Steyn sent his first effort in the second period just wide and then sent an ambitious drop-goal inches off as half-back partner Julien Dupuy fired his troops forward.

The South African, who has amassed 688 points in 59 Tests for the Springboks (only 18 of which were losses, eight times to Australia and seven times by New Zealand), then scuffed a second penalty, the pressure showing for both teams.

Australian Brock James, on as a replacement for Lopez, pinged over a second penalty for Clermont in what was turning into a right slugfest in which attack was given no corner.

James’ cross-field kick a moment later was just out of the reach of Jean-Marcelin Buttin, summing up Clermont’s misfiring attack.

Abendanon, not picked for Stuart Lancaster’s preliminary England squad for the World Cup because he plays in France, sparked a rare attack late on, supporting No 8 Fritz Lee well tackled as the line beckoned.

James then missed a penalty that would have drawn the teams level, with just 10 minutes to play.

Stade promptly shut up shop, Steyn happily stepping up to boot his fourth penalty to seal victory for the Parisians.