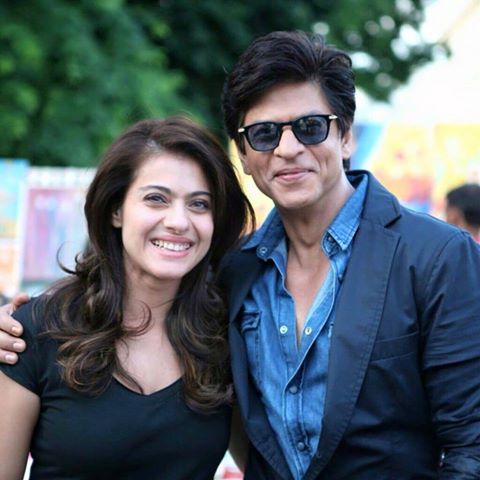 Mumbai: Bollywood’s most romantic on-screen couple is back with their new flick. King Khan Shah Rukh and Kajol will be seen together again in Rohit Shetty’s new project ‘Dilwale’.

Rohit and Shah Rukh were a part of the superhit film Chennai Expressm which was a blockbuster.

SRK was thrilled to begin his shoot and expressed his joy on Twitter. The actor, who is aboard the Bulgaria Express, tweeted, “Dilwale timeâ€¦canâ€™t wait to see the smiling faces of Rohits team. Waited a year for the fun to begin all over againâ€¦.Bulgaria Express.”Â

Even SRK himself is extremely excited to be back on sets with hisÂ BaazigarÂ co-star Kajol.

Clad in a denim shirt and a navy blue blazer, Shah Rukh looked handsome in clean shaven look. While Kajol looked pretty in a black t-shirt teamed up with a skirt.

SRK recently posted a picture from the sets of Dilwale on Twitter that had directorÂ Rohit ShettyandÂ KajolÂ with him. He captioned the image asÂ â€œCount ur age by friends, not years. Count ur life by smiles, not tears- Lennon. By that maxim this team is ageless.” 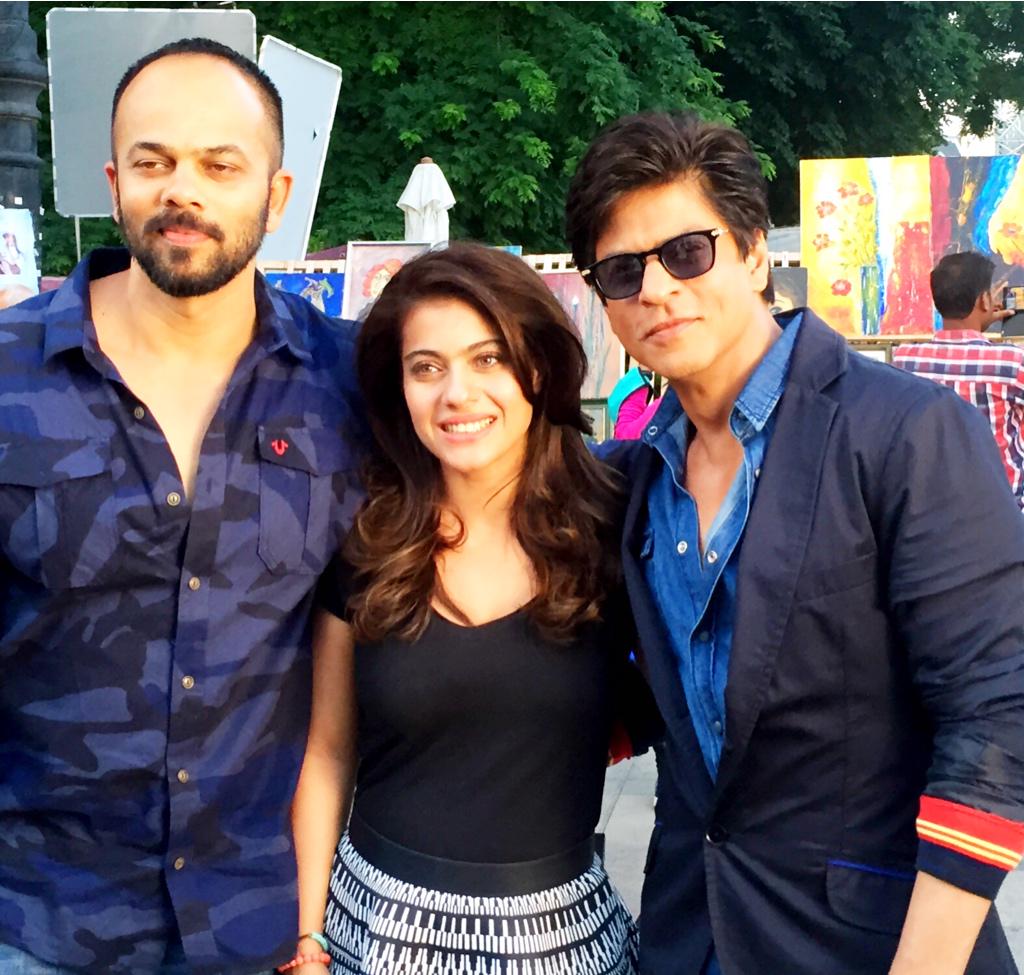 On Saturday night, SRK made another tweet with a picture of our beloved Rahul and Anjali. This tweet was a collage of their timeline of different movies that they have worked together in. And this time he has captioned it as ‘Somedays itâ€™s good to ponder over the journeyâ€¦as you embark upon a new destination.’. 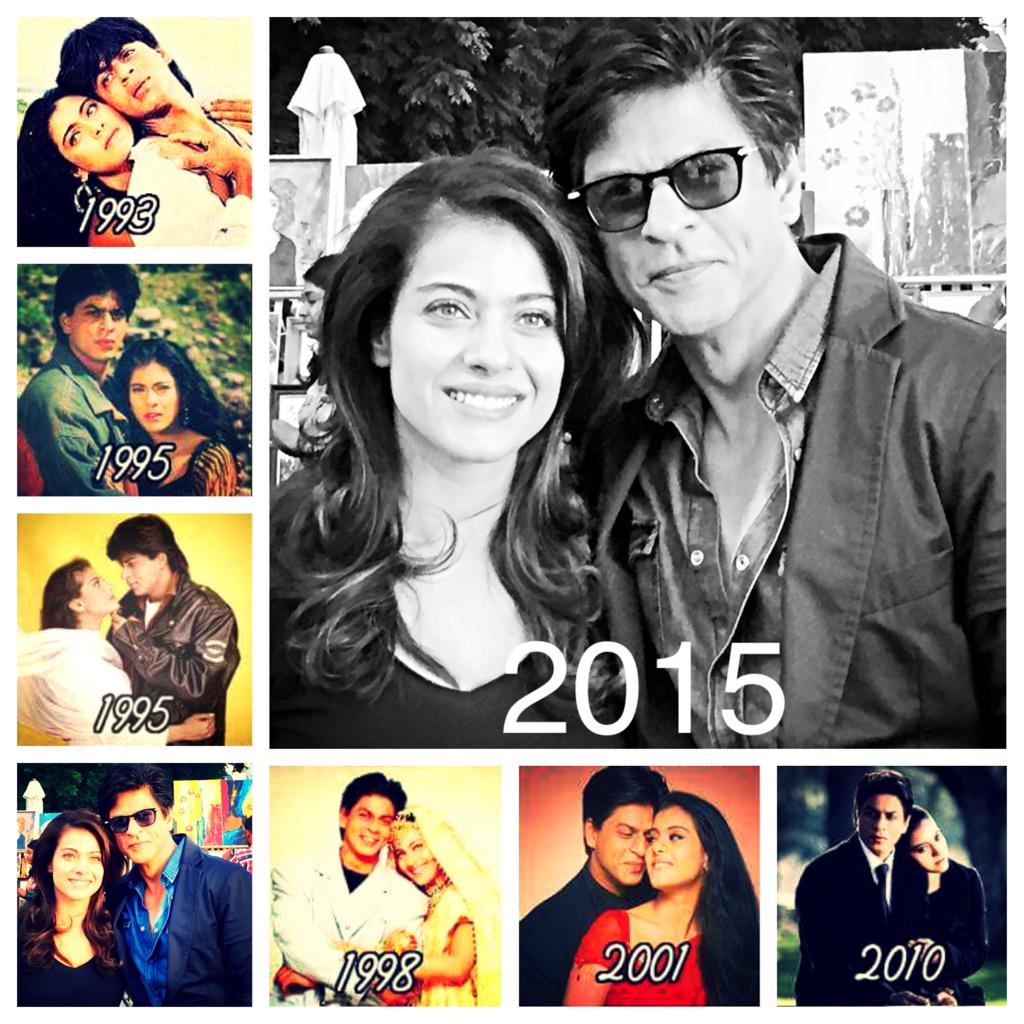 Kajol too did not hold back her feeling about finally reuniting with SRK after four long years. She took to Twitter to express her happiness. “Back in front of the camera with an old friend after a very long time. You might know him.” 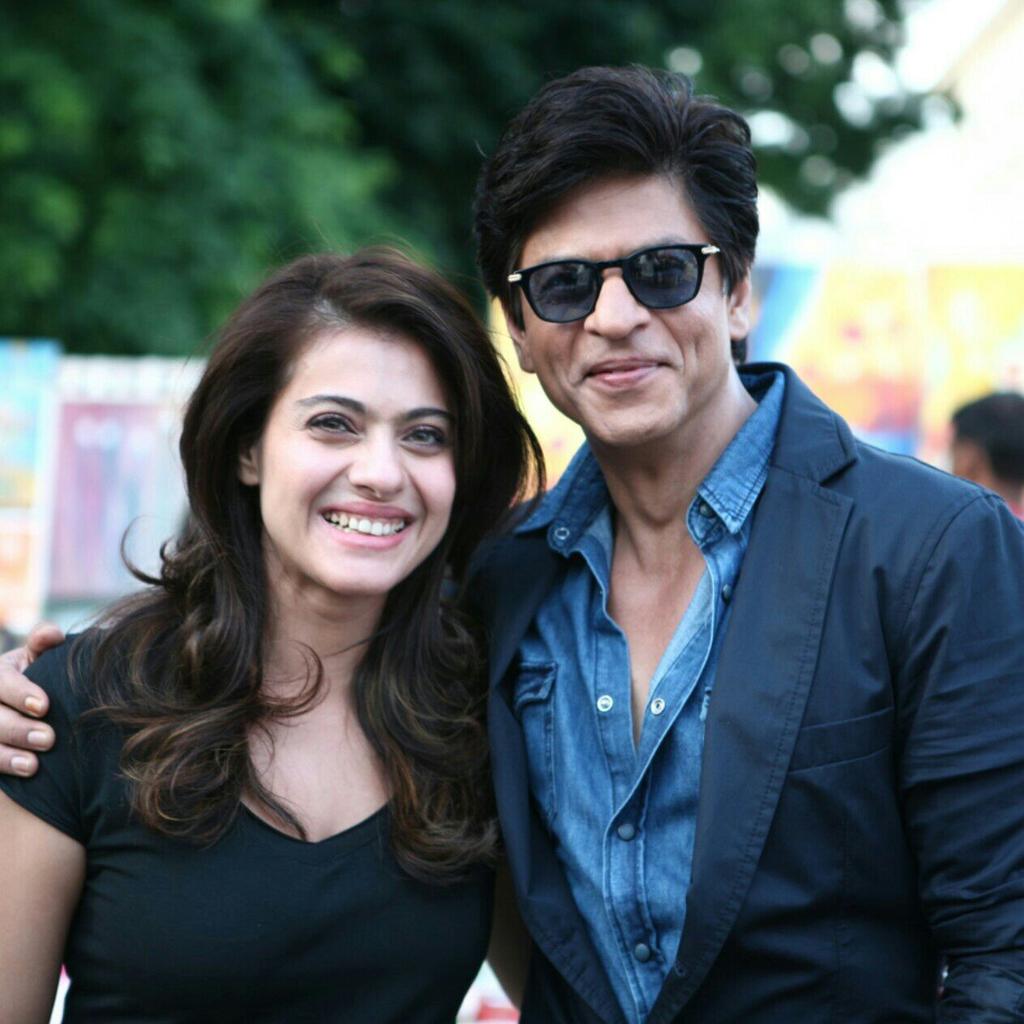 Kajol and Shah Rukh were last seen together on screen in Karan Johar’sÂ My Name Is Khan.

DilwaleÂ also starsÂ Varun DhawanÂ and Kriti Sanon. The film is expected to hit the screens this Christmas.