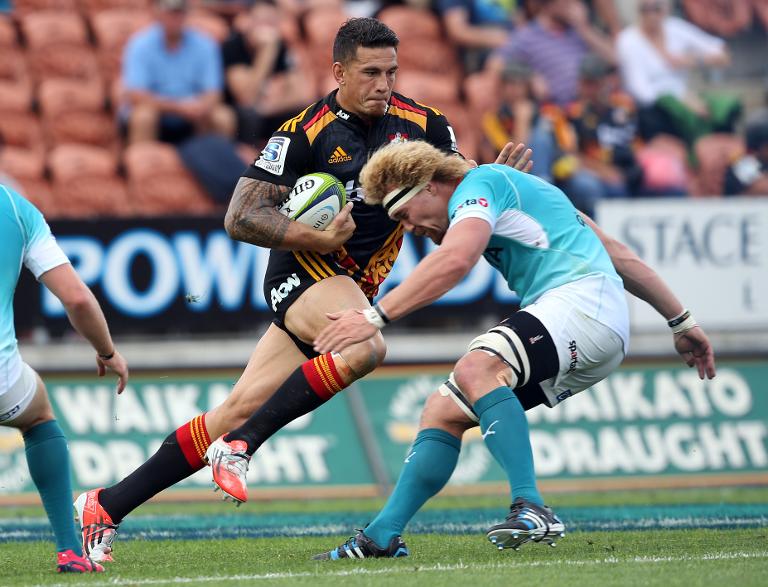 The three players were all named Sunday by the citing commissioner following the final round of Super 15 pool matches over the weekend.

Williams, playing for the Waikato Chiefs, escaped with a censure after he floored All Blacks teammate and Wellington Hurricanes captain Conrad Smith.

Although Williams shoulder appeared to hit Smith’s head, he had used his arms in the tackle which started at chest level and slid up.

A warning was issued after the commissioner, who monitors foul play, ruled the incident was close to but did not meet the threshold for a red-card citing.

Du Preez and Esterhuizen both received yellow cards for lifting tackles in the Coastal Sharks 34-12 win over the Western Stormers in Durban.

However, the commissioner ruled in both cases the tackles “met the red card threshold for foul play,” and the players will have to appear before the SANZAR (South Africa, New Zealand and Australia Rugby) judicial officer.

If the charges are upheld, du Preez faces suspension which would cost him a start in next week’s play-off match between the Stormers and ACT Brumbies from Australia.

The Stormers match was the last of the season for the Sharks, who finished well outside the top six and did not qualify for the play-off rounds.