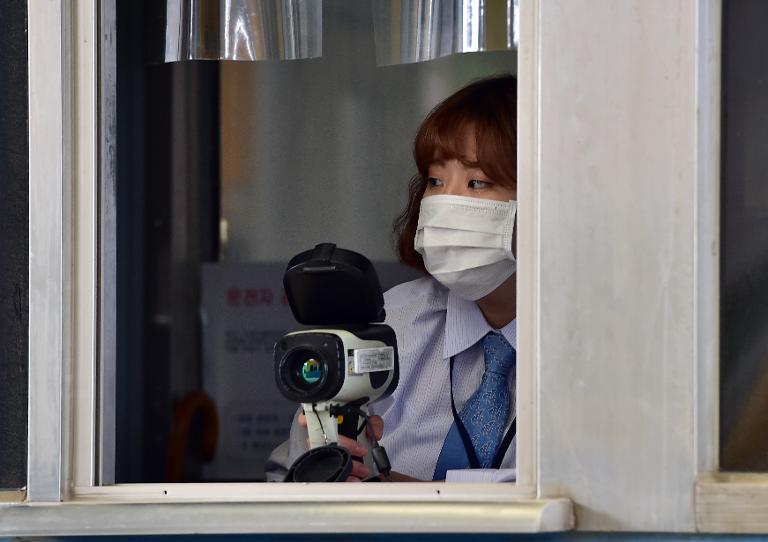 South Korea Sunday reported its 15th death from the MERS virus as the growing outbreak that has now infected 145 forced one of the nation’s biggest hospitals to suspend most services.

The latest fatality from Middle East Respiratory Syndrome was a 62-year-old man who died Sunday afternoon in the southern port city of Busan, the city council said.

He was diagnosed on June 7 after being infected in Seoul’s Samsung Medical Centre — a major hospital and the epicentre of more than 70 cases.

The health ministry Sunday also confirmed seven new cases of the virus, including four from the Samsung hospital, bringing the total number of infections nationwide to 145.

Among the seven is a paramedic who helped take a MERS patient to the hospital on June 7. On Saturday authorities announced that the ambulance driver also involved in transporting the patient — who died three days later — had contracted the virus.

One of the other new patients was infected in the central city of Daejeon and another in Hwaseong, 43 kilometres (27 miles) south of Seoul.

In order to prevent further infections among patients and medical staff, Samsung hospital on Sunday temporarily suspended most operations.

No visitors would be allowed, he said, adding he would decide on June 24 whether to continue the partial suspension.

“We offer our deep apology and express regret to all of our patients who were infected here and those placed under quarantine,” Song said.

The hospital — normally visited by more than 8,000 patients a day — has come under fire in recent weeks for failing to stem the spread of the virus among its staff and patients.

Two doctors and three nurses have been infected so far. More than 400 patients, families and medical staff directly or indirectly exposed to the infected ambulance driver have been newly placed under quarantine, Song said.

The overall number under quarantine — either at state facilities or at home — rose Sunday by more than 800 to 4,856.

As the outbreak continued to expand, a South Korean man thought to have contracted MERS was hospitalised in the Slovak capital Bratislava on Saturday.

The 38-year-old reportedly arrived in Slovakia on June 3 and works for a subcontractor of Seoul carmaker Kia, which has a plant in the central European country.

The man did not appear to have had contact with patients or to have visited venues where infections were reported at home, Seoul’s foreign ministry said Sunday.

“He said he had not visited any hospital before leaving for Slovakia,” the ministry said in a statement, adding he contacted the embassy in Slovakia on Saturday as he was developing symptoms such as fever.

There is no vaccine or cure for MERS which, according to World Health Organization data, has a fatality rate of around 35 percent.

The outbreak in South Korea — the largest outside Saudi Arabia — began when a 68-year-old man was diagnosed on May 20 after a trip to Saudi Arabia.

The virus has since been spreading at an unusually fast pace, sparking widespread alarm in Asia’s fourth-largest economy.

Businesses including shopping malls and restaurants have reported a sharp drop in sales as people shun public venues with large crowds.

About 100,000 foreign travellers have cancelled trips to South Korea since the beginning of this month.

A team of WHO experts who visited Seoul warned that the outbreak was “large and complex” and more cases should be expected.

But it also said it had found no evidence of transmission of the virus in communities outside hospitals.

North Korea also vowed “watertight” measures to ward off the outbreak, by stepping up screening and quarantine measures at border crossings and the airport.

“Central and regional health officials are making thorough and watertight preparations to block any passage of the MERS virus into the country,” Chosun Sinbo, a pro-Pyongyang newspaper based in Japan, said Sunday.