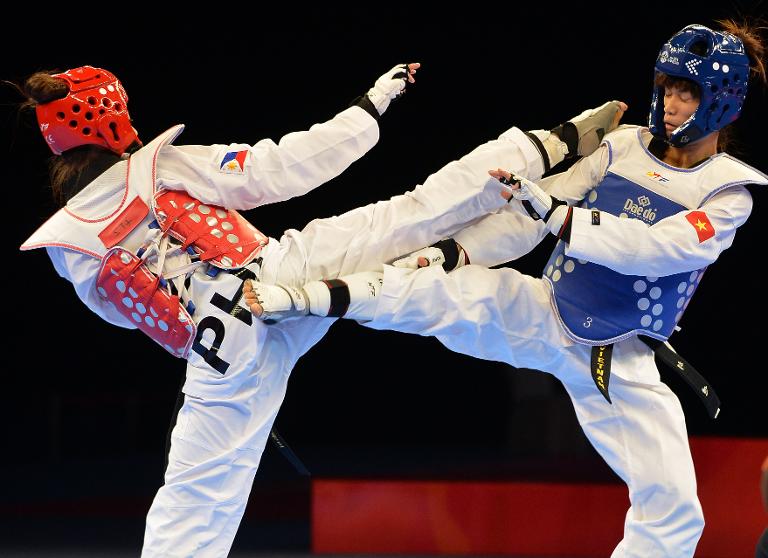 Singapore won the first Southeast Asian (SEA) Games golds in the little-known sport of floorball as they kept within touching distance of Thailand on the medals table on Sunday.

The host nation’s men beat Thailand 9-0 and their women won a penalty shoot-out against the Thais in front of a packed crowd on day nine of the regional Olympics.

Singapore picked floorball, a type of indoor hockey, to debut at the SEA Games, where the host nation is at liberty to tailor the schedule to suit its strengths.

And the choice paid off as Singapore’s men strolled to victory and the women, after being held 3-3 in regular time, won 2-1 on penalties.

“Hopefully after this win Singaporeans and others in Southeast Asia will see how fast-paced and exciting floorball is,” Singapore women’s captain Wynne Tang told AFP.

The double triumph helped keep Singapore only five golds back from Thailand (87) on the medals table late on Sunday, with two days of competition to go.

The hosts also won three sailing golds and the team rhythmic gymnastics title, along with titles in bowling and martial art pencak silat.

Eleven-year-old Malaysian Aaliyah Yoong, already the youngest champion at this SEA Games, made it a double triumph when she added overall wakeboarding gold to her tricks title won earlier.

And Malaysian cyclist Mohd Harrif Saleh, who earlier overcame food poisoning to win the men’s criterium, picked up another gold in the men’s road race.

In tennis, Warit Sornbutnark beat Indonesia’s David Susanto to win the men’s singles 4-6, 6-3, 6-3 as Thailand took four titles out of five in the sport.

Thailand also celebrated victories in rowing, wakeboarding, pencak silat and taekwondo as they reached their total of 87 gold medals late on Sunday.

Thailand’s women’s volleyball team beat Indonesia 3-1 in the semi-finals, ending a turbulent appearance after calls for a gender test on their player Aprilia Manganang.