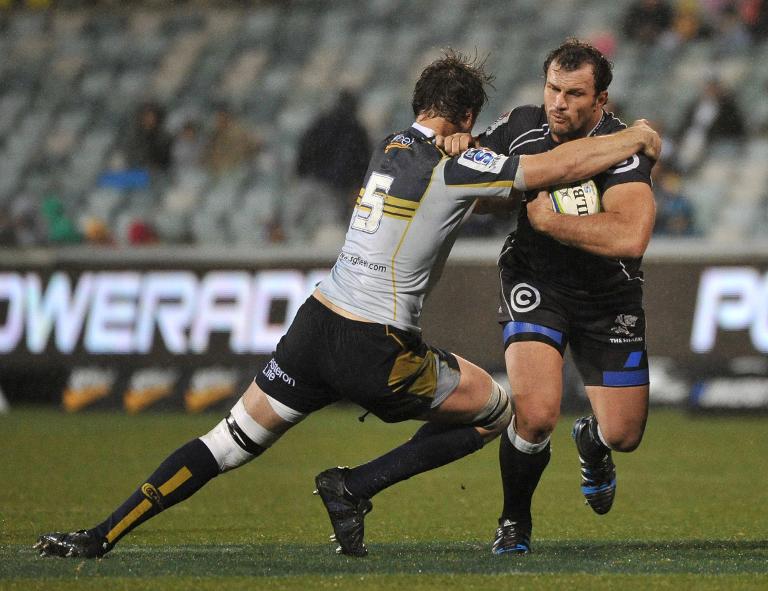 Du Plessis, a 31-year-old rated among the best hookers in the world, is moving to France with elder brother and Sharks prop Jannie to play in the Top 14 competition.

While the brothers have not disclosed who they are joining, reports link them with Montpellier, where 2007 Rugby World Cup-winning Springboks coach Jake White is in charge.

“Durban has been a very special place for me,” said tearful Bismarck at Kings Park stadium in the Indian Ocean city after his 130th appearance for the Sharks, “and I will never forget my 11 seasons here.

“I will miss my team-mates, the supporters and everyone who helped me develop my career.

“I was once the seventh-choice hooker at the Cheetahs and now I am told I am among the best in the world,” Bismarck added after receiving the official man-of-the-match award.

Bismarck recalled how he joined the Sharks after several seasons with the Bloemfontein-based Central Cheetahs.

“I remember writing my last examinations and packing everything I owned into a little Volkswagen Beetle.

“It took me about 12 hours to drive from Bloemfontein to Durban in a car that could not go much faster than 80 kilometres an hour.

“I had to fill up about six times because it had only a small petrol tank,” he said..

Du Plessis and Northern Bulls hooker Adriaan Strauss are considered certainties to be included in the 31-man Springboks squad for the World Cup in England this September and October.

Bismarck scored the third of five tries as the Sharks romped to victory over a second-string Stormers side after leading 13-9 at half-time.

Sensing they were going to finish third whatever the result, the Cape Town outfit rested their first choices ahead of a home Qualifier (quarter-final) against Australians ACT Brumbies next Saturday.

Cronje kicked two conversions and a penalty and his replacement, Fred Zeilinga, slotted a conversion.

The bonus-point victory had no effect on the Sharks’ final placing, though, as they came 11th, 13 points adrift of the last play-off position.