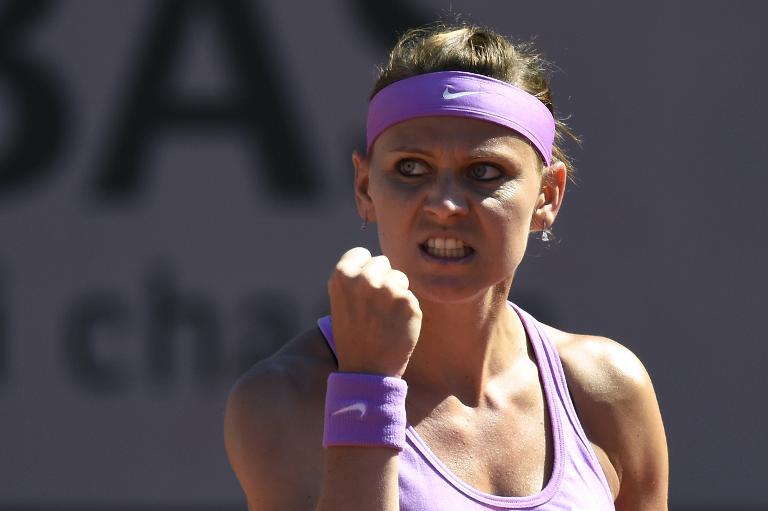 Lucie Safarova, who nearly became a sensational French Open champion eight days ago, hopes to make it clear that she is a front-line Wimbledon contender too during the coming week.

The late-developing Czech is among a host of leading players entered into the Women’s Tennis Association grass court warm-up tournament at Edgbaston in Birmingham, central England, which has ten of the world’s top 20 on show after being promoted to a Premier event with $665,900 (Â£427,818, 591,176 euros) in prize money.

Safarova burst into the top ten for the first time this week following her victory over French Open champion Maria Sharapova and a thriller with Serena Williams in which she took the world number one to three sets on the red clay of Roland Garros before losing to the American star in the final.

In the process the 28-year-old Brno-born, Monaco-based Safarova appears to have gone some way to overcoming her main shortcoming, a tendency to become too nervous on big points and thus a tendency to squander strong positions.

“It took me quite a few years to get to this point,â€ said Safarova, who has been on the WTA tour for 12 years. “I hope it’s not a finish point and that I can still improve this.”

Her optimism may be partly based on her new coaching partnership with Canadian Rob Steckley, who seems to be helping her reach more of her potential.

Added to a well-known capacity for inflicting super-hard punishment with her left-handed forehand, which helped her to the semi-finals at Wimbledon last year, this improvement could make Safarova a more serious grass-court contender than ever before this year.

Even her ground strokes seem to have become weightier with Steckleyâ€™s help, though it is the use of visualization to improve her focus, and a consequent increase in self-assurance, which seem to be the most crucial factors in her progress.

Safarova will be some peopleâ€™s unofficial favourite for the Birmingham title, but she will not be the number one seed. That is Simona Halep, the world number three, who also reached last yearâ€™s Wimbledon semi-final.

However, the 23-year-old Romanian has disappointed in each of her last three Grand Slam tournaments, particularly at Roland Garros, where she lost to the 70th-ranked Mirjana Lucic-Baroni in straight sets in the second round a fortnight ago.

Another front runner should be Ana Ivanovic, the former French Open champion who has just risen to world number six, her highest ranking since 2009, after reaching the Roland Garros semi-finals, and who captured the first grass court title of her career in Birmingham last year.

Two former world number ones could pose threats to the leading seeds.

Victoria Azarenka of Belarus, a two-time Grand Slam winner who is working her way back after a series of injuries, is seeded 12th and is in the same quarter of the draw as Karolina Pliskova, the young Czech with the steep serve who is sixth-seeded

Jelena Jankovic, another former Edgbaston champion, is seeded 15th and is in the same section as Angelique Kerber, the fourth-seeded German.