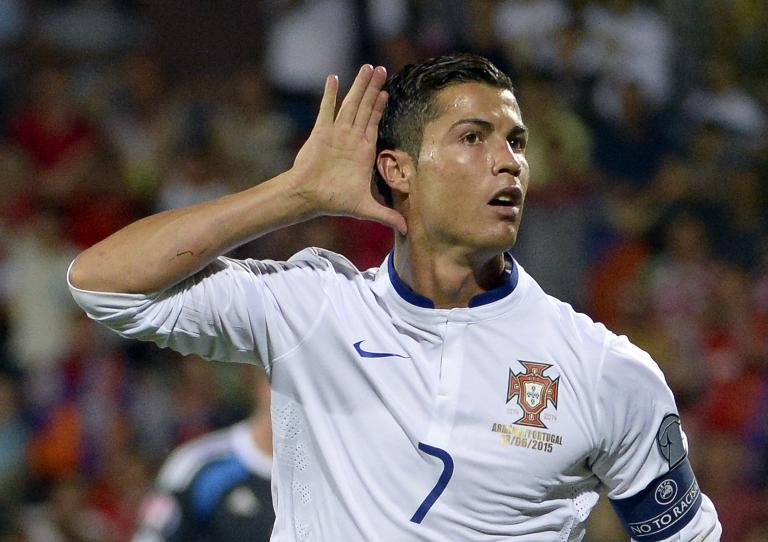 The Portuguese, who played the last 30 minutes down to 10 men, were given a real scare by an Armenian side who had picked up just a single point in their first four group games.

The hosts were under new management after former Swiss coach Bernard Challandes stood down following their last match — a 2-1 qualifying defeat against Albania.

Record caps holder (131 appearances) Sargis Hovsepyan is now in the hotseat and his influence appeared to have the desired effect as Armenia took a 14th-minute lead through Brazilian-born midfielder Marcos Pizzelli.

But Fernando Santos’ Portugal levelled just before the half-hour mark via a predictable source, with World Player of the Year Ronaldo converting a penalty.

The Real Madrid superstar turned the game on its head in the 55th minute.

He got his double to put the 2012 semi-finalists in front for the first time and just three minutes later, the 30-year-old sealed his third hat-trick in as many games — after scoring two in succession for Real Madrid at the end of the domestic season — to put Portugal 3-1 in front.

But after midfielder Tiago’s red card, the Portuguese had a numerical disadvantage, which allowed the hosts back into the match.

Hrayr Mkoyan struck to reduce the deficit after 72 minutes to give the Armenians hope, but Portugal held out fairly comfortably.

Portugal sit top of Group I on 12 points with Denmark — who host Serbia later on Saturday — and Albania both on seven.

Armenia remain rooted to the foot of the table with one point from five matches.