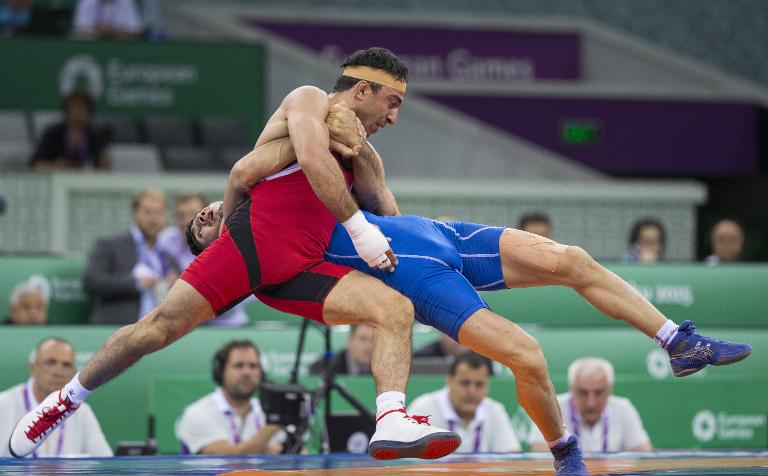 Armenia’s 2008 Olympic bronze medallist Greco-Roman wrestler Roman Amoyan left the Baku arena bloodied, beaten and with the Azerbaijan crowd — his country’s bitter enemies — booing and giving him the thumbs down sign on Saturday after his 59 kilogramme bronze medal play-off.

The spectators — who had been called upon earlier in the day by European Games chief operating officer Simon Clegg to put historic disagreements aside and show their appreciation of the athletes — could not resist rubbing in the humiliation after he was outclassed by Azeri opponent Elman Mukhtarov.

Although the arena was not filled to capacity the crowd made their feelings clear from the start and booed even when the 31-year-old — who had been seen as a favourite for gold — received medical attention for a head wound he suffered when Mukhtarov’s chin connected with it.

Amoyan — a three-time world minor medallist and double European champion — was so disappointed he just hopped on the team bus to return to the athlete’s village refusing to impart his feelings.

Clegg — an integral part of the successful London bid for the 2012 Olympics — had expressed his hopes that there would not be a repeat of the hostile reception given to Armenia at the lavish opening ceremony on Friday.

“We hope people will appreciate athletic performances irrespective of which country competes,” said the 55-year-old Clegg.

Even those who are of Armenian origin but have changed nationality are fearful of what awaits them.

Naturalised French wrestler Evrik Nikogosyan told AFP he expected the worst when he competes on Sunday in the 75kg category of Greco-Roman wrestling.

“They will scream at me, that is normal,” he said.

“But I am fearful maybe they will throw things at me. We’re not here to insult them, we are just here to compete,” added the 29-year-old, who generally has not found the experience so far, apart from at the airport where his passport was taken away for several minutes, that bad.

Clegg, one of British sport’s most experienced administrators, said the fact Armenia were at the Games at all was an achievement in itself.

“Bearing in mind the difficulties between the two countries it demonstrates the power of sport that Armenia is here participating,” said Clegg.

“I recognise there were some reactions from elements of the public to the marching of certain delegations.

“But we have spent some time looking at a range of scenarios,” added the 55-year-old.

The decision by the Armenians to compete was a considerable diplomatic coup for European Olympic Committee president Pat Hickey, who laboured long and hard to persuade them to come.

Azerbaijan and Armenia’s enmity dates back to the early part of the 20th century before being cut short by them becoming part of the Soviet Union.

However, once the Soviet Union disappeared, violence reared its head again and Yerevan-backed ethnic Armenian separatists seized control of Nagorny Karabakh during the 1990s conflict that left some 30,000 dead.