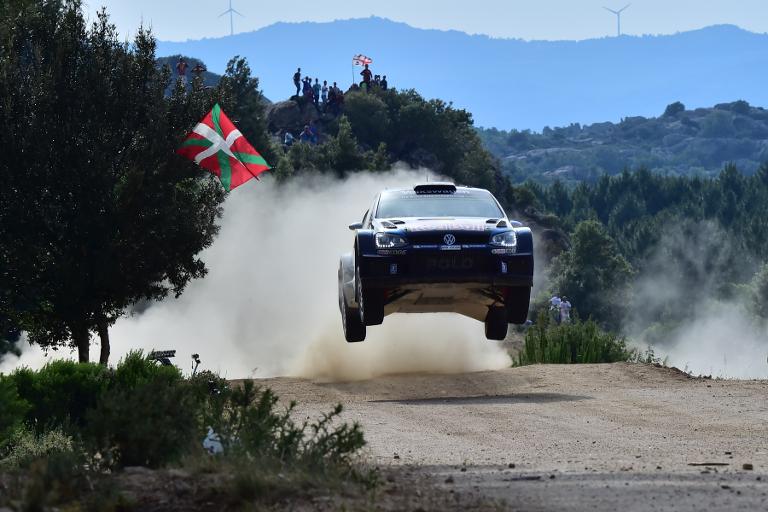 World champion Sebastien Ogier snatched the lead in the Rally of Italy from shock overnight pace-setter Hayden Paddon on Saturday, carving out an advantage of more than two minutes.

The VW Polo driver, who has won the Sardinia race on two occasions, takes a 2min 13.6sec lead into Sunday’s final day over Hyundai driver Paddon.

Paddon, 28, Hyundai Motorsport’s third driver, had found himself in the lead of a world championship event for the first time on Friday.

But his challenge was undone Saturday — the longest day in the world championship since 2002 — when his car spun, stalled and hit a rock.

“I don’t want to be a drama queen, but when it happened (the collision with the rock) it ripped my heart out,” said Paddon, who is chasing a maiden victory in the world championship.

“We hit a big rock on the driving line and I thought there was no way we could go on. But we strapped it up as best we could.”