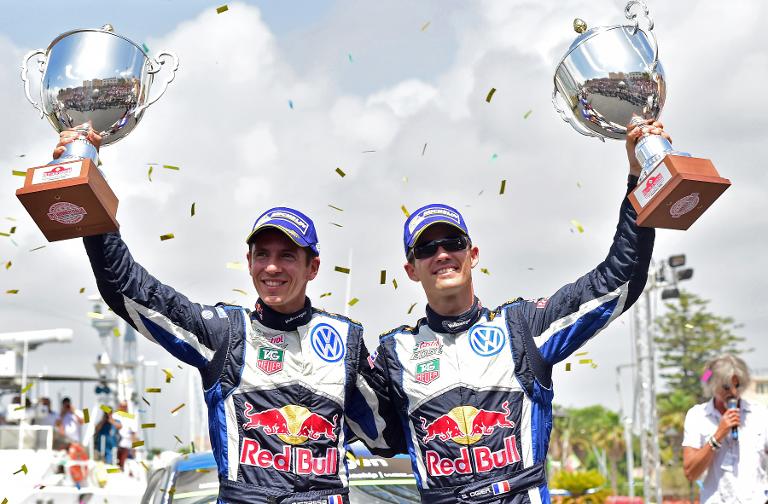 France’s Sebastien Ogier, in a Volkswagen Polo, won the Rally of Sardinia on Sunday finishing ahead of New Zealand’s Hayden Paddon and Thierry Neuville of Belgium.

The two-time world champion Ogier claimed the 28th victory of his career and his fourth this season to reinforce his lead at the top of the world rally championship standings.

Ogier won the four-day rough road event by 3min 05.4sec over Paddon, the long-time leader in a Hyundai i20 claiming a career best finish of second with Neuville third at 4:22.5 behind the Frenchman in another i20.

“I’m very happy because I didn’t expect such a result here,” said Ogier. “My times gradually got better without me having to force too much.

“Everything went to plan. The car was perfect and so were the weather conditions.

“Hayden Paddon had a great race. He is well deserving of second place.”

Paddon had become the first New Zealand driver to lead a WRC round outside his home country but a series of problems on Saturday put paid to his overall victory hopes.

A broken gearbox from a heavy impact on Saturday meant he had to “top up the oil” and use “ratchet straps to tie everything so it didn’t move about” just to get to the finish on Saturday.

Paddon eased through the final day, and later admitted: “We still had some damage from the impact yesterday so we were lucky to get here.

“I’m very relieved, it was a massive weekend but there’s more to come yet.”

Neuville moved up to third on the final day after Ostberg went off the road in the opening stage and suffered damage to his brakes.