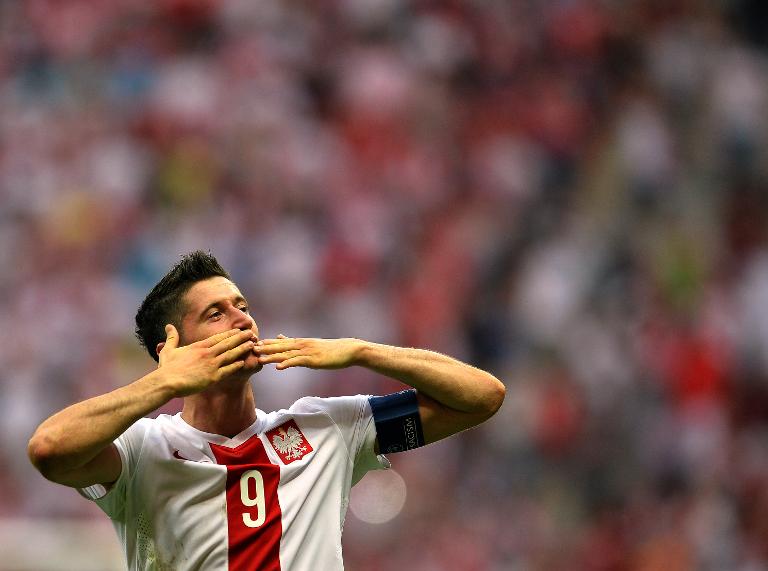 Bayern Munich striker Robert Lewandowski scored a hat-trick in the space of four minutes late in the game as Poland beat Georgia 4-0 in Euro 2016 qualifying on Saturday.

Poland, who lead qualifying Group D, were in front in Warsaw thanks to a 62nd-minute strike by Arkadiusz Milik before captain Lewandowski doubled their lead in the 89th minute.

He then added another in the 92nd minute and completed a remarkable treble in the third minute of stoppage time to put the seal on a handsome win.

It is believed to be the second fastest hat-trick in the history of European Championship qualifying, bettered only by Arif Erdem, who scored three in three minutes for Turkey against Northern Ireland in the qualifying campaign for Euro 2000.

Lewandowski has now scored seven times in the campaign — the 26-year-old scored four times in the second half in a 7-0 win over Gibraltar last September.

He now has 26 international goals.

Poland are top of Group D with 14 points from six games, three points clear of Scotland and four ahead of Germany before the world champions’ game against Gibraltar later on Saturday.