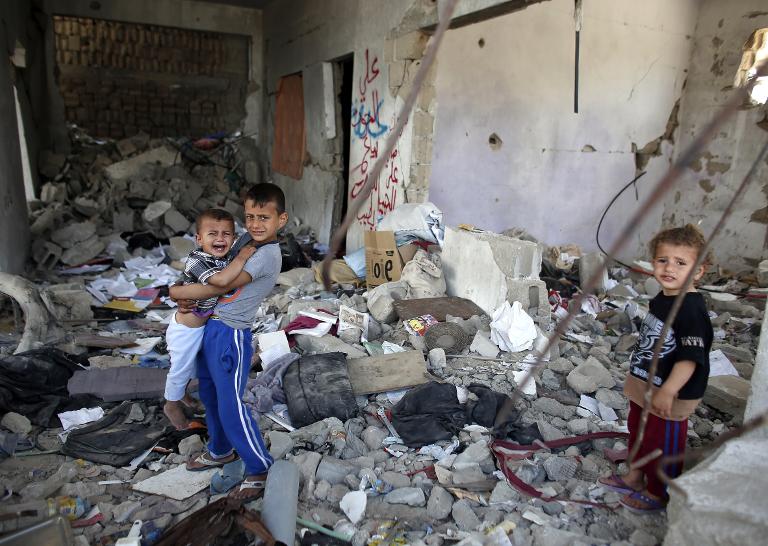 Israel on Sunday defended its conduct in the 2014 Gaza war as both “lawful” and “legitimate” in a detailed inter-ministerial report which was roundly rejected by the Palestinians.

Nine months after the end of the conflict, which claimed the lives of nearly 2,200 Palestinians and 73 on the Israeli side, Israel revealed the findings of the investigation into the conduct of its forces and that of the Hamas militants it was fighting.

Put together by the justice and foreign ministries with input from the security establishment, the report was issued two weeks before the publication of an inquiry by the UN Human Rights Council.

In the 242-page document, the authors lay out the difficulties of fighting in a densely populated urban area against an enemy bent on exploiting the civilian infrastructure to its own advantage.

“Hamas’s strategy was to deliberately draw the hostilities into the urban terrain, and to use built-up areas and the presence of the civilian population for tactical advantage and political gain,” it said.

“This exploitation of civilian surroundings — which often constituted war crimes and crimes against humanity — posed significant operational, legal and ethical challenges for the IDF,” it said, referring to the Israeli military.

The authors acknowledged that “numerous civilians were caught in the hostilities” but they added Israel “did not intentionally target civilians or civilian objects”.

Attacks were only directed at places or people when there was “reasonable certainty” they constituted military targets or were directly participating in hostilities.

“Much of what may have appeared to external parties to be indiscriminate harm to civilians or purely civilian objects was in fact legitimate attacks against military targets that merely appear civilian but were actually part of the military operations of these terrorist organisations.”

Civilians were also harmed as a result of “unfortunate — yet lawful — incidental effects of legitimate military action in the vicinity of civilians and their surroundings,” it said.

The Palestinians rejected the findings.

“Israel’s decision to deny having targeted civilians in Gaza is the logical extension of what it did in the Gaza Strip,” Ihab Bseiso, a spokesman for the Palestinian government in Ramallah, told AFP.

He said the Palestinians would only accept conclusions from an international inquiry such as the UN report due to be published on June 29.

“The report proves unequivocally that the actions of the IDF and the security forces during Operation Protective Edge were in line with international law,” he told his cabinet.

“Whoever wants to know the truth should read this report on the Israeli position… Whoever wants to automatically — and without foundation — blame Israel, let them waste their time with the UN Human Rights Council report.”

Deputy Foreign Minister Tzipi Hotovely said Israel had “nothing to fear from the facts”.

“The IDF is the most moral army in the world. It is one of the few armies in the world where officers are accompanied on every mission by legal advisers skilled in international law,” she said.

Israel’s military advocate general has been pursuing more than a dozen criminal investigations, three of which were closed on Friday.

In one, the army found that a strike on a Gaza City beach that killed four boys had been carried out after they had been mistakenly identified as “militants from Hamas’s naval forces”.

At the same time another criminal probe was opened into a strike which killed nine at a beachfront cafe in southern Gaza.

Israel is hoping such investigations will head off a probe by the International Criminal Court where the Palestinians are hoping to press war crimes charges.

The ICC prosecutor’s office, which has opened a “preliminary examination” into the Palestinian claims, is reportedly due to send a delegation to Israel this month.

In April, a UN report said Israel was responsible for seven incidents in which dozens of civilians were killed inside UN-run schools.

But it also condemned Palestinian militants for storing weapons in and even launching attacks from the vicinity of some UN buildings.

The report was unveiled just hours after a Palestinian was killed by an Israeli army jeep during clashes in the West Bank.