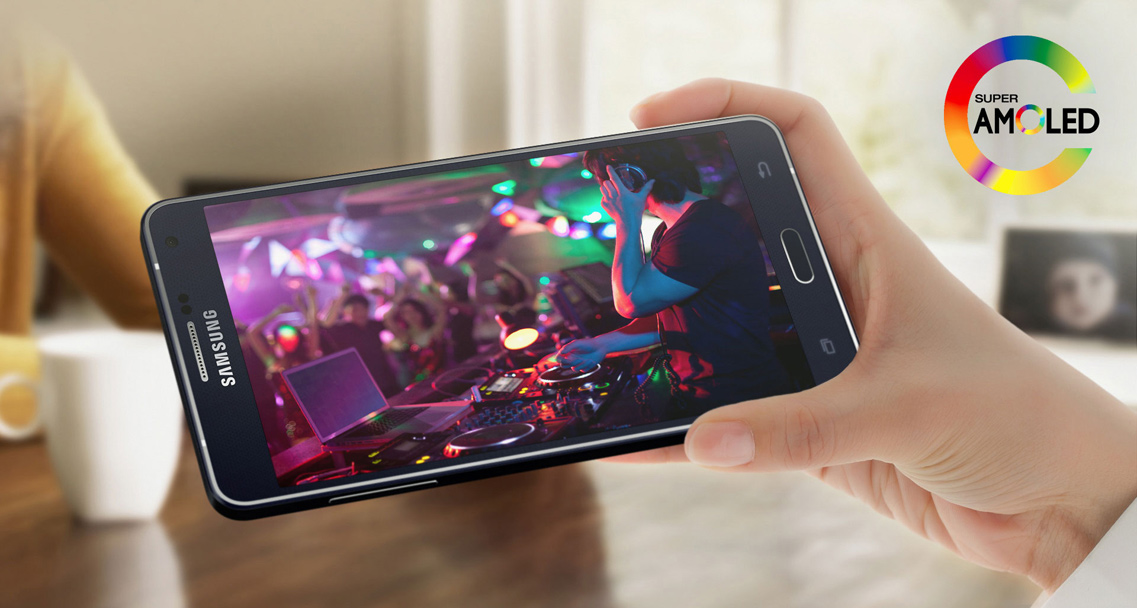 New Delhi: Gone are the days when people used to boast of 3G smartphones. The year 2015 is the year of gadgets and innovations, and taking the list to a new level are 4G smartphones.

4G is a mobile communications standard intended to replace 3G, allowing wireless Internet access at a much higher speed.

Indiaâ€™s maiden 4G mobile services will be rolled out in December five years after Reliance Industries first received spectrum for the project.

Smartphone makers have now shifted their focus to devices which support 4G services in India in the lead-up to Reliance Jio Infocomm’s high-speed broadband services launch and Bharti Airtel’s plan to expand its offerings.

ZTE announced the launch of its Blade range of smartphones in India with the announcement of Blade Qlux 4G. The dual SIM 4G smartphone will be exclusively available to consumers across India throughÂ amazon.inÂ and will go on sale starting June 16.

The smartphone sports an 8 MP rear camera with autofocus and LED flash, which supports HDR, face detection and continuous shots. The phone is also equipped with an efficient 5 MP front facing camera for perfect selfies. The 2200 mAh battery allows 12 hours of talk time and 250 hours of stand-by time.

Moto E (2ndÂ Gen) is aided by 1GB RAM and Adreno 306 GPU to ensure smooth and fast processing. One of the key highlights of the smartphone is its latest Android v5.0 Lollipop OS.

Moto E 4G LTE is armed with a 5MP autofocus rear camera accompanied by a 0.3MP front camera and sports 8GB of internal memory, which is further expandable up to 32GB. Moto E 4G LTE is fuelled by a sealed 2,390mAh Li-ion battery.

The Lenovo A7000 packs a 5.5-inch IPS HD multi-touch display in a 7.9mm thick outfit with a weight of 140g, which are very impressive figures considering its size. It flaunts the latest Android v5.0 Lollipop OS, and driven by a 1.5GHz octa-core MediaTek MT6572M chipset along with 2GB RAM and Mali-T760 MP2 GPU.

The Lenovo A7000 is armed with an 8MP autofocus snapper and LED flash at the back besides a 5MP wide angle front snapper. It features an internal memory of 8GB which is further expandable up to 32GB. Lenovo A7000 keeps the show running with a 2,900mAh Li-Po battery which is non user removable.

Redmi Note 4G carries a mighty 1.6GHz quad-core CPU on Qualcomm MSM8928 Snapdragon 400 chipset under the hood. Paired with a 2GB RAM, this processor swiftly handles anything you throw at it. It runs Android v4.4.2 KitKat OS with MIUI v5.0 on top.

The device flaunts a 13 MP autofocus rear camera and an equally stunning 5MP front shooter. The handset supports 8GB of internal memory expandable up to 64GB.

The display of Micromax Yu Yureka is an epitome of supreme engineering. It flaunts a 5.5-inch IPS display. Micromax offers an added incentive by providing additional protection to the screen by the means of Corning Gorilla Glass 3 protection and oleophobic coating over the display.

The Yu Yureka specs make it a performer as it is geared to run on a 64-bit octa-core (Quad-core 1.7 GHz Cortex-A53 & quad-core 1.0 GHz Cortex-A53 processor) based on a Qualcomm MSM8939 Snapdragon 615 chipset. It is coupled by a 2GB DDR3 RAM and Adreno 405 chipset GPU. Cyanogen OS 11 platform, a modified version of Android v4.4.4 KitKat OS has been inducted to facilitate an intuitive UI to the users.

The Yu Yureka sports a 13-MP autofocus rear camera with Sony EXMOR CMOS sensor, LED flash and a 5MP front snapper. A 2,500mAh Li-Po battery acts as the substratum providing a standby time of 210 hours and a talk time of 8 hours. The device comes with an inbuilt memory of 16-GB and further allows increasing the memory up to 32GB by inserting a micro SD card.

The Samsung Galaxy A7 has been launched with a 5.5-inch Super AMOLED display which is designed to deliver rich colours, sharpness and high clarity thanks to full-HD resolution.

For driving its processes, Galaxy A7 is packed with a 64-bit Qualcomm MSM8939 Snapdragon 615 chipset housing four cores of 1.5GHz and four cores of 1GHz, equally powerful is the 2GB RAM assisting it. It is shipped with Android v4.4 KitKat OS.

The main camera of the Samsung Galaxy A7 captures 13MP stills. At the front panel, there is a 5MP snapper for selfie lovers. Internally, the device comes with 16GB of memory out of which the user access 12GB. It also has a microSD slot capable of taking in cards up to 64GB. 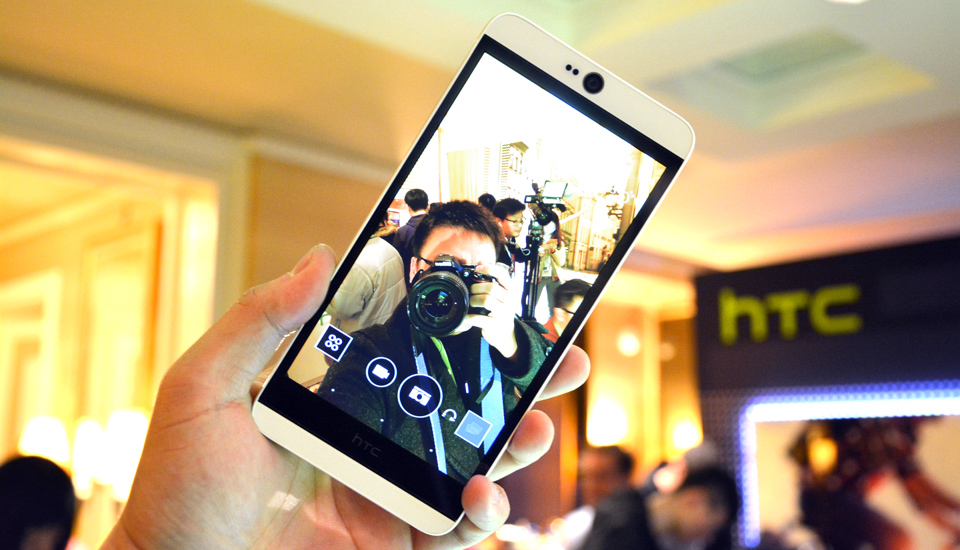 The HTC Desire 826 is armed with a 13MP autofocus snapper with LED flash. At the front, there is a 4MP ultra pixels camera. The smartphone has 16GB of internal memory which is further expandable up to 128GB. It has stereo speakers and supports BoomSound and Dolby software.