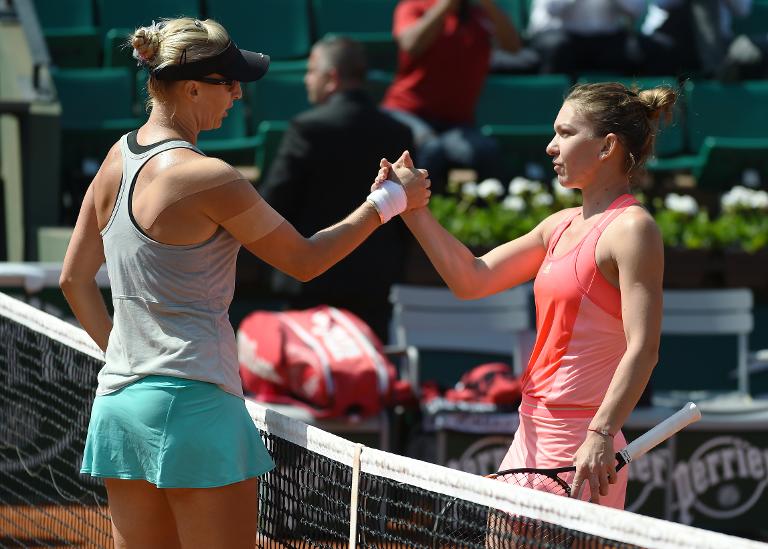 Simona Halep, the world number three from Romania, hopes that her Wimbledon build-up during the coming week will help make her the hottest new young player on the tour again.

The 23-year-oldâ€™s momentum after her 2014 breakthrough was brought to a sudden halt by a shattering second round French Open defeat last month – but now she has reasons to be hopeful about her return to grass.

Halep is favourite to win the Aegon Classic, a tournament newly promoted to a Premier level event with $665,900 prize money, and she has an unbeaten record as top seed this year, having won ten matches out of ten and two titles from the top slot.

She also did well on grass last year, her risk-taking, hard-hitting game carrying her to the Wimbledon semi-finals, an achievement which may help her believe that a big turn-around is possible after her debacle at Roland Garros.

There Halep lost in straight sets to Mirjana Lucic-Baroni, a 33-year-old Croatian who has not been in the top 50 since the turn of the millennium. However she appears to have drawn some helpful conclusions from the setback, among them that she â€œhad to stay coolâ€.

Halep explained: “I just wanted to hit too strong maybe. I have to play like what I feel on the court and to create the gameâ€ â€“ a suggestion that she needs to react more appropriately to the mood and conditions of the moment.

“I don’t know everything. I’m still learning,” she added. “I just have to accept this. I just have to stay cool. I have many years to go.”

However Halep might need to avenge last year’s Wimbledon semi-final defeat to justify her top seeding. The draw has given her a possible quarter-final with the fifth-seeded Eugenie Bouchard, the Canadian who denied Halep her first Grand Slam final on grass in 2014.

Another Birmingham front runner should be Ana Ivanovic, the former French Open champion from Serbia who has just climbed to world number six, her highest ranking in more than six years, after reaching the Roland Garros semi-finals.

Ivanovic captured the first grass court title of her career at Birmingham here last year but she too may have a difficult quarter-final, in her case against the eight-seeded German Sabine Lisicki, who failed only narrowly to win Wimbledon two years ago.

Two former world number ones could pose threats to the leading seeds. One is Victoria Azarenka, the Belarussian who is a two-time Grand Slam winner, and who is working her way back after a series of injuries. She is seeded 12th â€“ her highest for ten months.

However Azarenka is in the same quarter as Karolina Pliskova, the young Czech with the steep serve who is sixth-seeded and whose forceful game may translate well to this surface.

The other is Jelena Jankovic, the Serbian who is also a former titleholder here. She is seeded 15th and is in the same section as Angelique Kerber, the fourth-seeded German who was a Wimbledon semi-finalist three years ago.

However another likely contender for the Birmingham title, Lucie Safarova, the Czech who came close to being a sensational winner of the French Open, has withdrawn – apparently a consequence of her lengthy Roland Garros exertions.