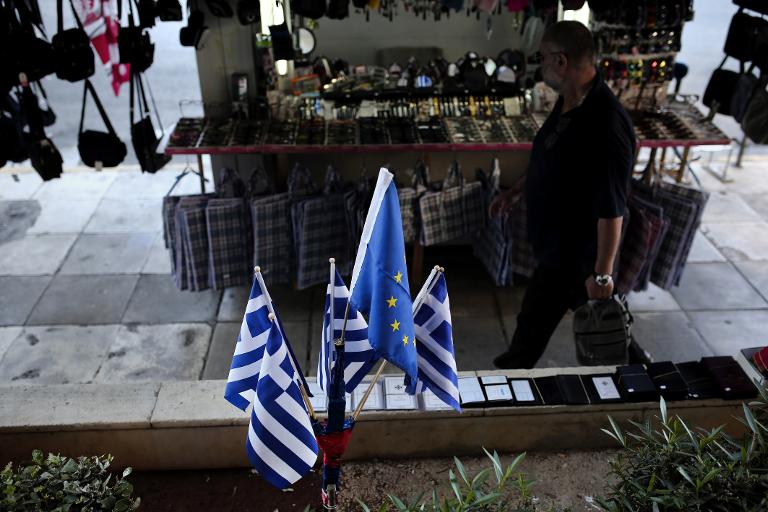 Greek and EU-IMF negotiators were locked in last-chance talks on Sunday to avert a default by Athens that could pave the way for a catastrophic exit by Greece from the euro and sow economic chaos in Europe.

Greece’s embattled premier Alexis Tsipras warned his nation on Saturday to prepare for a “difficult compromise” in what all sides agreed was the last chance for Athens to unlock vital bailout cash and keep its finances afloat.

“The talks are continuing today,” European Commission spokeswoman Mina Andreeva confirmed to AFP, with the outcome and duration of the marathon sitdown still very much uncertain.

Involved in the talks that began on Saturday are Tsipras’ closest aides and the three institutions responsible for overseeing the Greek bailout: the European Commission, the European Central Bank and the hardline International Monetary Fund.

“Positions are still far apart. It’s not certain whether there will be an outcome and senior commission officials are worried whether an agreement can be reached on time,” an EU official said on condition of anonymity.

But on a morning jaunt outside his offices in Athens, Tsipras told reporters he was “by nature an optimist” and foresaw a positive outcome to the talks, according to the ANA news agency.

Greece is shattered economically after six year of crisis and despite two rescue programmes since 2010, worth 240 billion euros, mostly in loans owed to its European partners, led by Germany and France.

The small Mediterranean nation is now buried under a mountain of debt equivalent to 180 percent of GDP, or almost twice the country’s annual economic output.

The talks aim to break a five-month standoff dividing leftist-led Athens and its creditor overseers, who are demanding tough reforms in return for the last 7.2 billion euros ($8.1 billion) in its bailout, which expires on June 30.

To meet that end of month deadline, a reform deal must be resolved by a meeting of the eurozone’s 19 finance ministers in Luxembourg on Thursday.

It is ministers who have the final say on any agreement and who control the bailout purse-strings.

But any deal also needs to go to many national parliaments, including in European paymaster Germany, where passage is likely but not certain.

On June 30, Greece also faces a huge 1.6 billion euro payment to the IMF with another 6.7 billion euros due the ECB in July and August.

Five months of fruitless negotiations reached a fever-point on Friday after top eurozone officials at an annual meeting in Bratislava said for the first time ever they were preparing the ground for an Athens default.

This came a day after the IMF, Greece’s most pro-austerity creditor, announced it had pulled its technical teams from Brussels due to a lack of progress.

By the weekend, playing hardball seemed to have worked with Athens easing up, at least verbally, on the anti-austerity platform that had swept Tsipras’ far-left Syriza party to power in January.

“We had promised to negotiate hard with our partners during our election campaign and that’s what we did,” Economy Minister Giorgos Stathakis was quoted as saying in the Avghi newspaper on Sunday.

But “the idea of a rupture (with Europe) is not in our mandate,” he added.

The comments came a day after Tsipras told top Syriza officials that the country “must take up the challenge” of a “difficult compromise”.

A German media report on Sunday also said “tensions” had arisen between the European Commission and IMF creditors in recent days.

Citing a “negotiator”, the Frankfurter Allgemeine Zeitung said the IMF had “torpedoed” a recent attempt by Commission President Jean-Claude Juncker to offer Athens a compromise deal that spared Greek pensions from more austerity.

“I wouldn’t be surprised if the IMF makes unacceptable demands that it well knows Greece cannot agree to in order to justify it leaving the negotiations,” he said.

However, he added that a deal between the EU and Greece would still remain possible, though European officials deny this.

If no signs of a reforms-for-cash deal emerge in the coming hours, all eyes will be on the financial markets on Monday.

The Athens stock market crashed six percent when news of the EU’s default plans emerged, and fears are high that markets could tumble further without signs of progress.