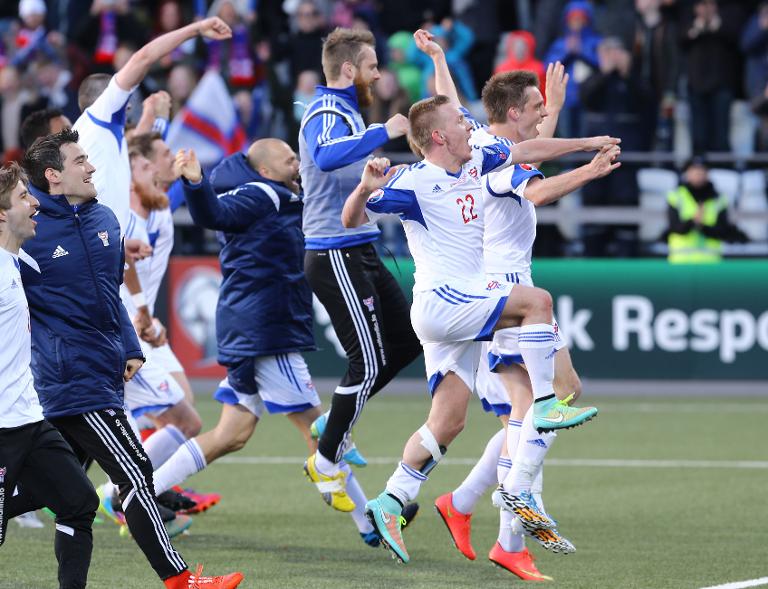 Greek media turned on the national team Sunday after a second Euro 2016 defeat to the Faroe islands left them on the brink of elimination.

The Euro 2004 winners lost 1-0 to the Faroes in November, a result that saw Claudio Ranieri sacked as coach.

Saturday’s 2-1 away defeat to the tiny island nation leaves Greece rock bottom of their group with just two points from six games.

There has been no improvement Uruguayan coach Sergio Markarian, and the Greeks sit behind Romania, Northern Ireland, Hungary, the Faroe Islands and Finland in Group F.

“We turned back many years and lost the opportunity we created in 2004,” said Markarian after Saturday’s defeat.

Veteran sports commentator Giorgos Chelakis, describing the Faroe Islanders as a bunch of “fishermen, road constructors and carpenters”, added: “Even humiliation has its limits.”

The headlines in four sports newspapers Sunday were just as hostile.

Goal News wrote: “With tattoos, gel and enormous contracts… the glamorous lifestyle, you can’t even beat the Faroe Islands. It’s time to take a vacation in Mykonos (the island known for its jetset lifestyle).”

“A cycle always closes… otherwise you wouldn’t call it a cycle,” sportswriter Michalis Tsohos said on the website gamesports.gr.

“Maybe it is hard to close the cycle with the Faroe Islands. But football is always fair and especially when it punishes. Even if it hurts.”

With this cycle now closed, what does the future hold for the Greek squad?

“We must find the strength and come up with new ideas to get better results,” Markarian said. “It is time for the Greek federation to find a coach to plan for the future. It won’t be easy, there are many problems.”

Uruguayan Markarian, 71, was hired in February to coach the Greeks through the Euro 2016 tournament even though chances were slim for qualification to the finals in France next year.

“The result was very bad and the match showed that the team has a long way to go and needs work,” Markarian said after Saturday’s loss.

Echoing his remarks was the technical director of the national team, former Greek star Giorgos Karagounis.

“It was a night which we were not used to in Greek football. We wanted to boost our chances of qualifying, but this did not happen and now we must plan for the next tournament,” Karagounis said.

“To be honest, not being able to go to the finals of a European or world tournament is not only bad for prestige but also for survival because it is very damaging financially,” said Karagounis, who retired with a record 139 caps.

“The team has been floored and we have to find a way to get it back on its feet. It is our obligation,” added Karagounis, a member of the Euro 2004 championship team.