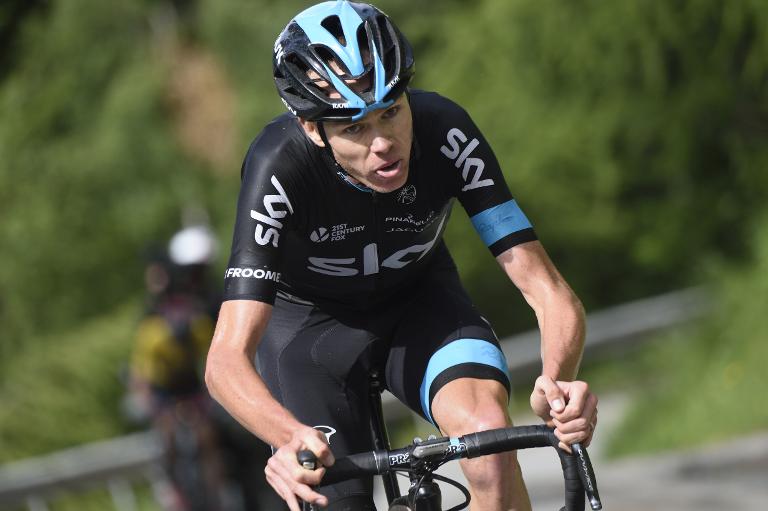 Froome had gone into the last stage of the race on Sunday 18 seconds adrift of the American BMC rider Van Garderen after winning stage seven on Saturday, and with Van Garderen clinging to his tail throughout stage eight it looked unlikely that the Briton would win overall.

But on the final 8.4km climb of the 156.5km stage from Saint-Gervais Mont Blanc to Modane Valfrejus, 2013 Tour de France winner Froome put down the kind of blistering acceleration that has become his trademark some 2.6km from the summit.

The Team Sky rider pushed hard to make up the required time and he crossed the line in the mountains 18 seconds ahead of compatriot Simon Yates (Orica GreenEdge), Lampre Merida’s Portuguese rider Rui Costa and Van Garderen.

“I can’t believe it. I couldn’t have expected it to go any better today. My legs were really tired after yesterday (Saturday’s stage seven) and the whole team was suffering. I don’t know how they did it but everyone lifted themselves with the yellow and blue jersey in sight,” said Froome.

“They gave everything â€“- Ian Stannard rode alone for almost 100km to control the breakaway and the rest of the team were fantastic up to that moment where I could attack and put pressure on Tejay.

“The Dauphine was a big focus for me, but the Tour de France is the main objective. The team is ready, and I’m almost ready. We’re less than three weeks away now and I’m really looking forward to it,” added the Kenyan-born cyclist.

Froome’s final push saw him finish 10 seconds clear of Van Garderen in the general classification, with Costa one minute and 16 seconds adrift in third.

Germany’s Tony Martin attacked first around 80 kilometres from the finish but the Etixx Quick-Step rider was caught by the peloton with 17 kilometres to go.

As the final climb approached, Froome — aided by Sky team-mate Wout Poels — closed the gap; he then attacked inside the final 2.6km of the summit to clinch his second stage win in as many days.

It’s a second Dauphine triumph for the 30-year-old, who adds to his first victory in 2013 — the year he won the Tour de France.

The Dauphine is seen as a warm-up for the Tour, which begins on July 4.