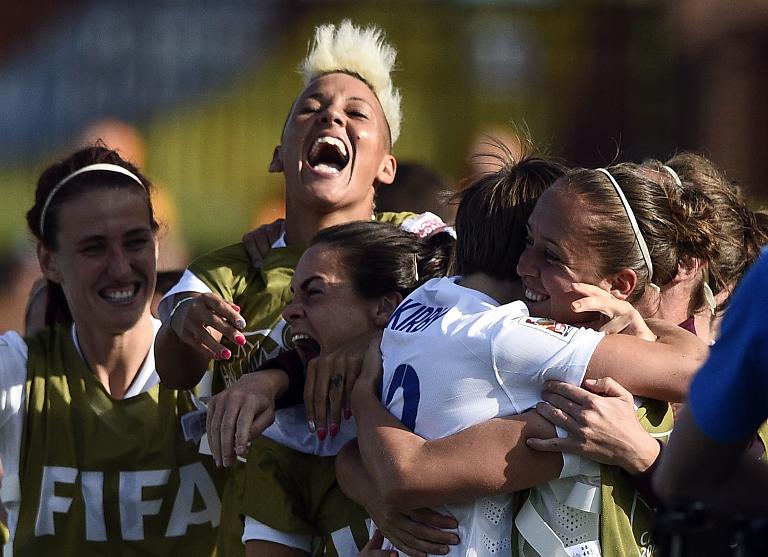 Fran Kirby and Karen Carney rekindled England’s World Cup campaign with a 2-1 win over Mexico at the women’s tournament on Saturday.

Mark Sampson’s side desperately needed a win in their Group F tie after losing their opening match to France 1-0 in Moncton.

But the three-time quarter-finalists got back on track in New Brunswick when Kirby fired past Mexican goalie Cecilia Santiago on 71 minutes for her third international goal.

Their first goal of the tournament ignited England with substitute Carney heading in the second off a pinpoint Alex Greenwood cross eight minutes from time.

Substitute Fabiola Ibarra got one back for the Mexicans one minute into injury time after England goalie Karen Bardsley spilled a shot.

Colombia lead Group F with four points after two games, following their 1-1 draw against Mexico with a shock 2-0 defeat of France earlier on Saturday.

England and France now have three points with 25th-ranked Mexico on one.

England next play Colombia in the final group game next Wednesday with Mexico taking on France.