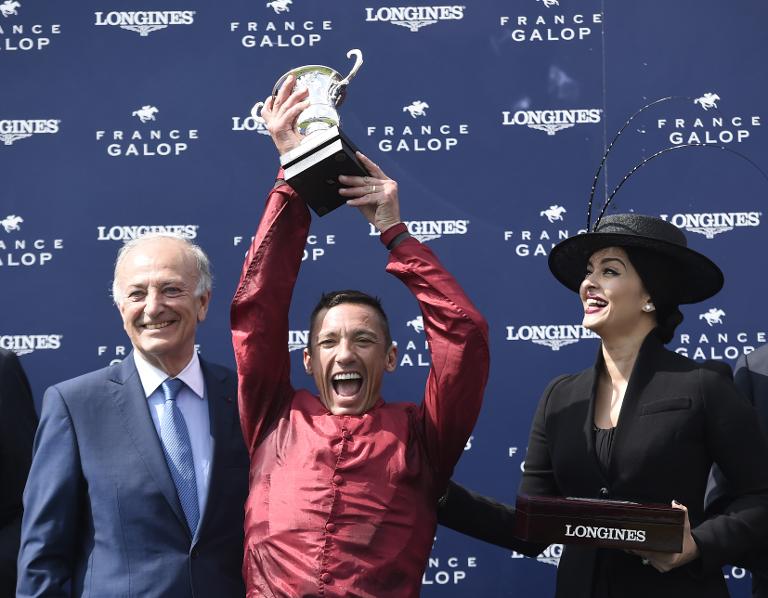 Frankie Dettori rode Star Of Seville to victory in the Prix de Diane at Chantilly on Sunday, just a week after the legendary jockey won the Epsom Derby.

It was also a double celebration for trainer John Gosden, who prepared Dettori’s ride on Golden Horn at Epsom last weekend.

Star of Seville had managed just ninth place at the Epsom Oaks having gone into that race with three wins from five starts.

Dettori had also won the Diane on West Wind in 2007.

“This filly is very talented. I’m delighted,” said Dettori, who saw off the challenge of Physiocrate and Little Nightingale in third to win the 166th edition of the race.

Gosden was delighted with the win for the Lady Bamford-owned filly.

“Frankie and I walked the track this morning and came up with a plan of what to do,” he said.

“He has ridden her beautifully — I told him, ‘if this works you are a genius’.”

Favourite Queens Jewel, trained by Freddie Head and ridden by Maxime Guyon for the Wertheimer Brothers, had a miserable afternoon.

Queens Jewel had won the Group One Prix Saint Alary — usually the most influential of the preparatory races for the French Oaks, three weeks ago at Longchamp — and was unbeaten in her three starts before Sunday.

But she could only manage 11th.

“I haven’t anything to say. Queen’s Jewel just couldn’t accelerate in the home strait,” said a bemused Guyon.

In all, 17 horses started the race — 12 from France, two each from Germany and England and one from Italy.