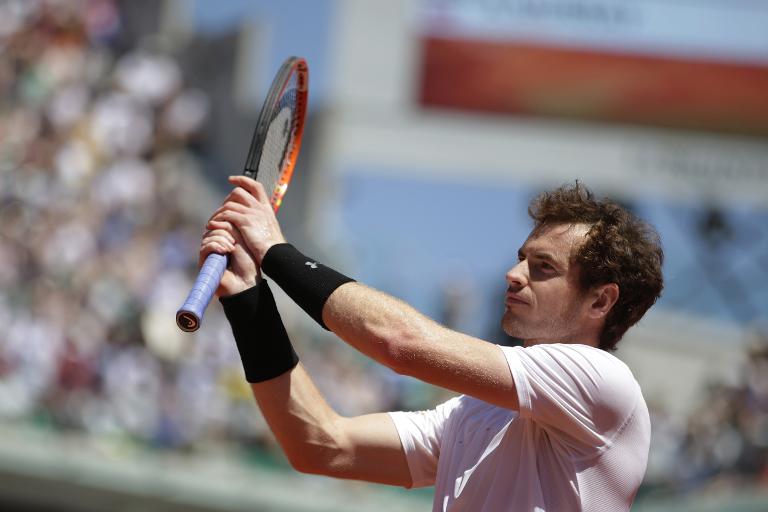 Andy Murray believes he is in the form of his life as he prepares to kick off his grass-court campaign in the Wimbledon warm-up tournament at Queen’s Club.

Murray arrives for the west London event in fine fettle after winning his first clay-court titles in Madrid and Munich before reaching the French Open semi-finals.

After a frustrating 2014 marred by his longer than expected recovery from back surgery and an unwanted parting with coach Ivan Lendl, there is a real spring in Murray’s step again.

The 28-year-old Scot has been in a rich vein of form since marrying Kim Sears two months ago and took great encouragement from the way he pushed Novak Djokovic to five sets before finally succumbing to the world number one in Paris.

And he says he is finally back to the peak performances that brought him Grand Slam titles at the 2012 US Open and Wimbledon a year later.

“Last year was very difficult because the first six months were hard coming off the surgery. I maybe didn’t expect it to be that hard,” Murray told reporters at Queen’s Club.

“But this year I’ve felt ready to win major competitions again. It’s huge progress from where I was last year.

“I’ve played extremely well so far and I have to be happy with that. The grass suits my play much more than clay and hopefully if I can take the form from the clay onto grass I can have some good results.”

As an added bonus, Murray, refreshed after shaking off an illness that briefly left him with a “closed up” left eye at Roland Garros, learnt this week that his heavily pregnant coach Amelie Mauresmo will be able to work with him at Wimbledon after it was initially thought the Frenchwoman would miss the grass-court season.

Stan Wawrinka’s shock win over Djokovic in the French Open final means two of the four Grand Slam titles are currently held by players other than the Serb and his main rivals Roger Federer and Rafael Nadal, giving Murray further confidence that he is perfectly poised to take advantage of any more slips from the big three.

But although he has rarely felt better about himself or his game, Murray knows it would be unwise to make too many bold predictions about his chances of adding a fourth Queen’s Club title and a second Wimbledon crown to his collection of silverware.

“In Australia I felt I was playing very good tennis, similar to the level when I won in New York, then the clay was the best I’ve played and closest I’ve come to reaching the final in Paris,” said Murray, who faces a qualifier in the Queen’s first round.

“But things change in a few days. No-one would have thought Stan would end up winning in Paris. So just because I’m playing well now it doesn’t mean I’m going to be playing well in a couple of weeks.

“Likewise if I played badly here it doesn’t mean I’m going to have a bad Wimbledon.”

Queen’s has become an ATP 500 event this year, worth double the rankings points, and as such has attracted a strong 32-man field.

Wawrinka is the second seed, but he won’t get an easy return to action following his second Grand Slam triumph as he has been handed a first round tie against Nick Kyrgios, the flamboyant Australian who stunned Nadal at Wimbledon last year.

World number 10 Nadal, who has plunged to his lowest ranking since 2005 after a miserable run this year, faces Ukrainian Alexandr Dolgopolov in the first round.

US Open winner Marin Cilic and defending Queen’s champion Grigor Dimitrov are among the other top 15 ranked players in the draw.