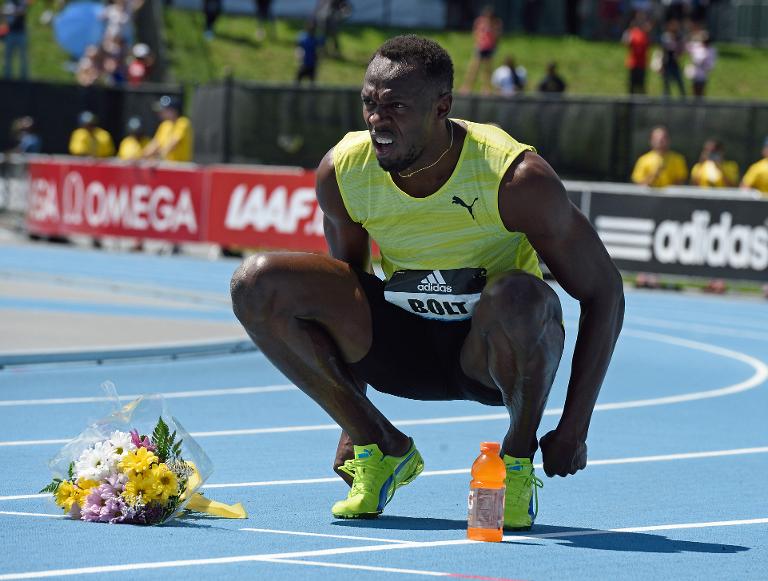 Jamaican sprint king Usain Bolt has work to do after clocking an unconvincing 20.29sec to win the 200m at the New York Diamond League meeting on Saturday.

Even with a headwind of 2.8 meters per second, Bolt said he was baffled by a performance that included “the worst curve ever in my entire career,” although he said it was too soon to say the alarm bells are sounding for the World Championships in Beijing in August.

“Because I have been training so good, but then I come to competition and I am not executing right, thatâ€™s all I am worried about,” Bolt said.

“I was feeling good. Everything was going smooth when I ran yesterday, I was happy, my coach was happy — just donâ€™t know what happened today.

“I’ve just got to go back to the drawing board and figure it out.”

Bolt said he realized early the race would not be fast, but the “why” remained a puzzle.

“It’s not physical and my mental game is strong. And when I am feeling good I am always confident I will do well, so I got out of the blocks and I just did not go anywhere.

“It’s just one of those days I guess,” he concluded.

It was Bolt’s first race in New York since 2008, when he broke the 100m world record for the first time on the same Icahn Stadium track on Randall’s Island.

On Saturday, however, he found himself leaning for the win, sneaking a look to make sure he got the victory ahead of training partner Zharnel Hughes of Anguilla, who was second in 20.32 with Jamaican Julian Forte third in 20.46.

While US sprint rival Justin Gatlin has been burning up the track — posting world leaders of 9.74 in the 100m and 19.68 in the 200m — Bolt said this week he’s focused on making steady progress toward achieving his peak form at Beijing.

However, he clearly was expecting better and said he might run this month’s Jamaican World Championship trials despite his byes into Beijing to sharpen up.

“I would really love to explain to you guys what happened, but I just didn’t go,” he said.

Gay, his sights on a World Championships challenge after completing an abbreviated doping ban, admitted that after Keston Bledman of Trinidad and Tobago was charged with a false start for flinching in the blocks he was tense at the gun.

“I was little nervous, the starter held us a little bit so I just tried to take some deep breaths,” said Gay, who led Jamaican Nesta Carter (10.15) and South African Akani Simbine (10.18) across the line.

Gay said the victory was a confidence booster with the US World Championship trials coming up in Eugene, Oregon, in a fortnight.

“When you get a victory, you always feel good,” Gay said.

World record-holder David Rudisha returned from an early-season injury scare to canter to victory in the 800 in 1:43.59.

Francena McCorory will go into the US trials buoyed by a world-leading performance in the 400m, which she won in 49.86sec.

The indoor world champion improved on the prior season-best of 49.95 set by compatriot Sanya Richards-Ross in Kingston on May 9.

Rudisha, who set the world record of 1:40.91 in winning Olympic gold in London, had withdrawn from the meeting in Birmingham, England, last week after pulling up in a race in Ostrava in late May.

The Kenyan cruised to victory ahead of American Boris Berian (1:43.84) and said he was pleased to have achieved his target time of 1:43.