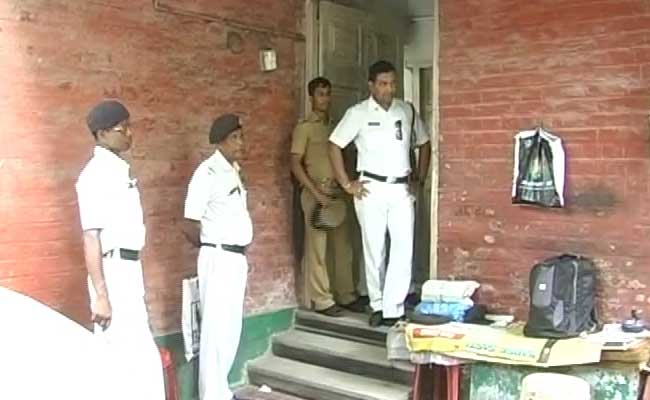 Kolkata: The house on Robinson Lane is now being called the â€˜House of Horrorâ€™ as secrets after secrets kept tumbling out in preliminary investigations.

Partha De has been living with his father, sister and two dogs in Kolkataâ€™s Robinson Street. Living with family is fun. But the fun turns into horror when the family members you are living with are all dead.

Yes, they all are dead. The 44-year-old had been living with the skeleton of his sister and carcasses of his two pet dogs.

Partha, once with a reputed IT company and even posted in the US, is now at a hospital as doctor said he is mentally disturbed.

He slept by the side of his sister’s corpse for over five months in his posh Kolkata home. His father committed suicide on June 10, and police investigations into the incident revealed a terrible tale.

Initially, it was said Arabindo De, Parthaâ€™s father, burnt himself to death at his house. But the possibility of homicide has prima facie been ruled out after his father’s autopsy report.

At the Pavlov Hospital, Partha has been kept in a bed near the nurses’ station in the ward under close supervision. He is on medication.

Even there, when he chooses to speak, he insists that his sister Debjani, who died in December, and his two dogs, which died even earlier, are still by his side.

“We have kept Partho in an isolated room. He is hardly speaking to anyone. In fact, he said he was spiritually connected to his father, sister and the two dogs. He even asked us to shift him to Mother House (of Missionaries of Charity),” said Ganesh Prasad, superintendent of Pavlov Mental Hospital.

The police found numerous handwritten notes that were clearly meant as communication between the father, son and the daughter inside the house. The family spoke to each other â€“ consoled each other and raised questions about their future â€“ through these letters.

Some letters revealed the writer was quite depressed.

In one note, Partha wrote “All men and women are dancing. Either to (the) tune or out of tune…” and then went on to describe a sexually explicit scene. He alleged in his notes that his mother, who died of breast cancer in 2007, was jealous of his sister.

“The forensic department is yet to send its final report, but going by the initial probe it is a case of suicide by burning and not homicide,” Special Additional Commissioner of Police (Crime) Pallab Kanti Ghosh said.

There is a strong indication that there was an incestuous relationship between Partha and his sister Debjani. In some of the lines, it is clear that Partha had sensed his mother’s growing concern over his physical closeness with his elder sister and expressed his dislike for his mother.

A leading daily quoted psychiatrist Sabyasachi Mitra, who examined Partha, as saying that Partha might also have had necrophilia â€“ a pathological condition where sexual arousal is triggered by a dead body.

Police have recovered eight laptops, desktop computers, paper notes and letters written by family members and diaries from the apartment.

A report by another daily suggested that Partha tried to connect to the spirit of his dead sister through planchette. He had even set up a ‘control room’.

â€œPartha told us that Debjani had said there was some evil spirit on their house and she started fasting to ward off the evil and please the gods. She fasted for over a month and died in the process on December 29, 2014,â€ the report quoted a senior police official as saying.

Partha kept the bodies wrapped in sheets and fed his sister regularly even after her death. He allegedly installed a sound system inside the house on which he constantly played Debjaniâ€™s recorded voice.

The whole incident came to light when Kolkata police, while investigating a fire on the second floor of 3, Robinson Street in the heart of the city, found the charred body of 77-year-old Arabindo De, the owner of the house, from inside a bathroom on Wednesday.

A five-member team of doctors, including three psychiatrists, has been constituted to probe the case.

On Friday Partha agreed to talk to a female doctor but as soon as she entered the room he asked her to undress. As per doctors, he has shown criminal mindedness and displayed suicidal tendencies.

Some lines scribbled by Partha in about 10 exercise books that he called his “autobiography”.

Patha insisted the doctors to send him to Mother Teresa Home as he claimed that he is all right.

But this case has more to reveal as doctors scrutinised a number of plastic dolls found in Debjani’s cupboard.

All the dolls are dismembered and limbs, head and torso carefully wrapped and stowed away separately. They, too, may have a tale to tell.