Home Sports Warriors own momentum but cautious in level Finals 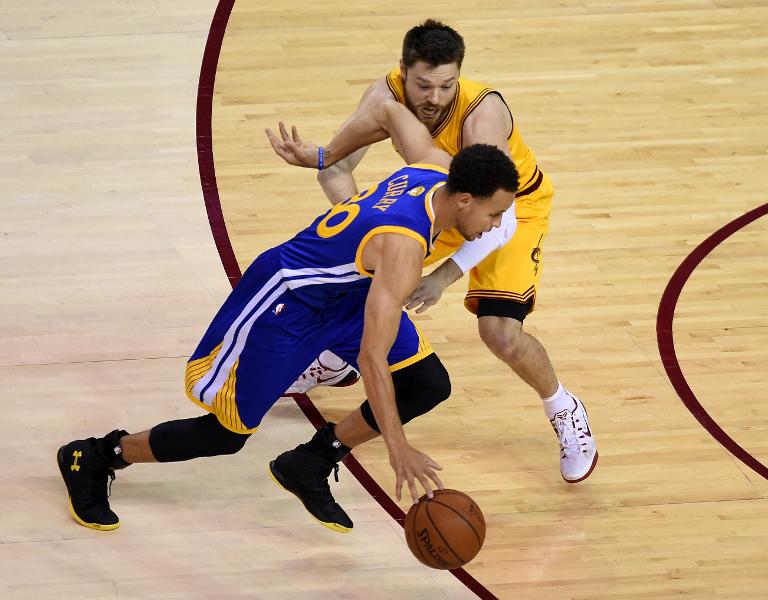 A faster-paced starting lineup helped Golden State level the NBA Finals, but the Warriors’ confidence is mixed with caution entering Sunday’s pivotal fifth game of the championship series against Cleveland.

One club will reach the brink of a historic title in the best-of-seven showdown with a victory, but with two games decided in the final seconds and another in over-time, these Finals have proven thrilling, physical and emotional.

“It’s just a street fight. They are battling and we’re battling,” said Golden State forward Draymond Green. “That’s why this series is so exciting, because that’s all it is.”

Warriors guard Klay Thompson is pleased two of the potential three final games will be on the home court where Golden State has lost only four times during the season and playoffs.

“We’re really happy but we’re not going to celebrate yet,” he said. “We still have two more wins to go. We’re not content. We have a best-of-three now.”

And Warriors star Steph Curry, the 2015 NBA Most Valuable Player who has set a record for playoff 3-pointers in this year’s run, knows the Cavaliers will adapt to Golden State’s move to starting Andre Iguodala to produce a faster pace and more energy early in the game.

“Doesn’t mean you can go out there and expect to have the same results in game five,” Curry said. “We’ve got to be ready for any adjustment.”

Cavaliers star LeBron James is hitting only 20 percent of his shots against the smaller, faster Golden State lineup versus 42 percent against other Warriors combinations.

“You just go out and play hard, coaching staff gives you a great game plan, you go out and execute it and live with the results,” James said, saying poor Cavaliers shooting helped provide Golden State a scoring boost in game four.

Cleveland’s Russian center, Timofey Mozgov, said he must be better at picking up the Warriors’ plays.

No one feels that pressure like J.R. Smith, the Cavs reserve shooting guard who went 2-for-12 in game four, including 0-of-8 from 3-point range.

Green did just that for the Warriors in game four, scoring 17 points while playing much of his time against much-larger Mozgov.

“We needed to put them on their heels. That’s what the smaller lineup enabled us to do.”

And Green’s willingness to test Mozgov made it all work.

“He’s the heart and soul of this team and he stepped up when we needed him most,” Thompson said of Green. “We’re going to look forward to seeing more from him on Sunday.”