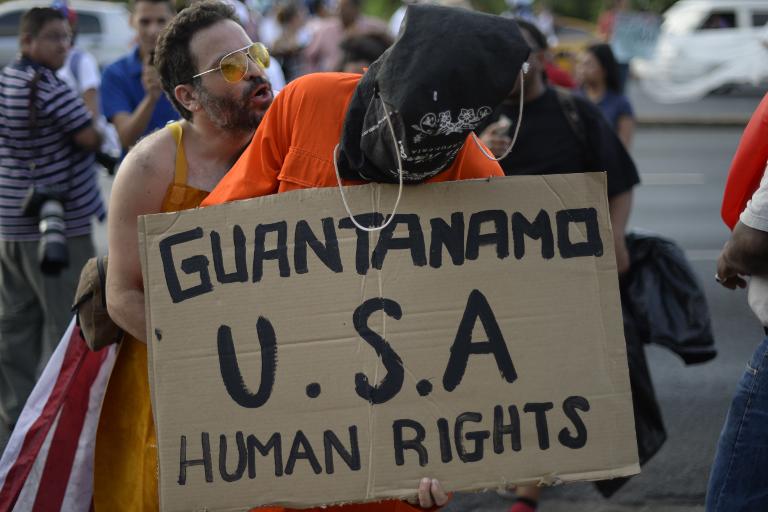 Washington has transferred six inmates from its Guantanamo Bay prison to Oman, the Pentagon said Saturday, as part of a drive by President Barack Obama to close the controversial jail.

“The United States is grateful to the government of Oman for its humanitarian gesture and willingness to support ongoing US efforts to close the Guantanamo Bay detention facility,” a statement said.

The Omani foreign ministry said all six were Yemeni.

They arrived in the sultanate on Saturday for a “temporary stay,” said a ministry statement carried by the official ONA news agency. It did not elaborate on their subsequent travel plans.

The transfer means 116 inmates remain at the prison in at a US naval base in southeastern Cuba.

Saturday’s announcement marked the second Guantanamo prisoner transfer this year, after the Pentagon announced in January that is had moved four men to Oman and one to Estonia.

A total 28 inmates were transferred out of Guantanamo in 2014.

Thwarted by Congress in his effort to close the prison, Obama has had to rely on a handful of countries that have agreed to accept detainees.

The prison was set up to hold alleged terror suspects after the September 11, 2001 attacks. But human rights groups have condemned the jail as a “legal black hole”, where inmates languish for years without being tried in court.